As well as the two Australian Defence Force (ADF) helicopter movements outlined in the Blog posts below, on Thursday 20 July, and over the earlier parts of the week, there have been numerous other ADF and other helicopters to call into Rockhampton Airport and 'Camp Rocky' adjacent to the Airport.

Early on Thursday, a pair of NH Industries MRH-90 Multi-Role Helicopters - A40-027 (wearing Royal Australian Navy titles) and A40-024 (wearing Australian Army titles) - were heard flying into the Shoalwater Bay Training Area (SWBTA) from the Oakey Army Aviation Centre using the radio callsign "Crusader" which is of the School of Army Aviation.  Later, local plane spotter Kayanne H was at the right place at the right time as they both called into Rockhampton Airport again as "Crusader". 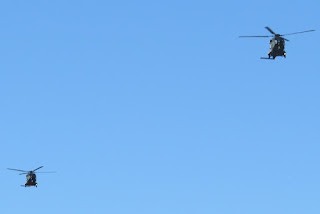 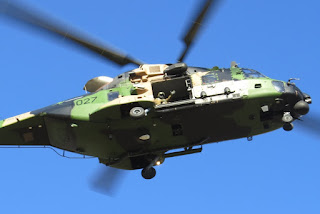 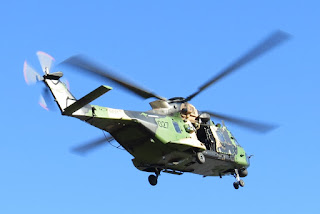 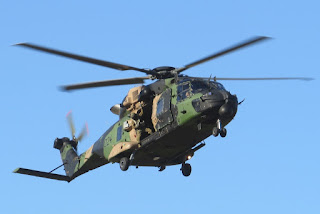 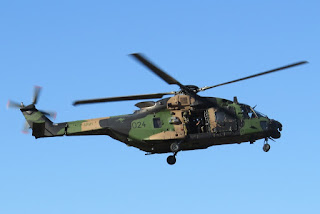 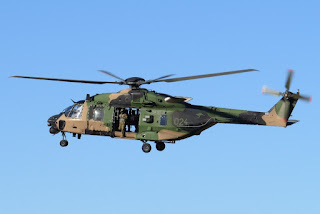 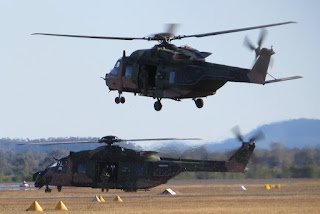 Just after sunset, three ADF MRH-90s - A40-021, A40-041 and A40-036 - flew into 'Camp Rocky' - the Australian Army Defence Support Group (DSG) camp adjacent to Rockhampton Airport - arriving from Shoalwater Bay using the formation callsign of "Cracken" (or maybe "Crackin").  They later returned to the Bay. 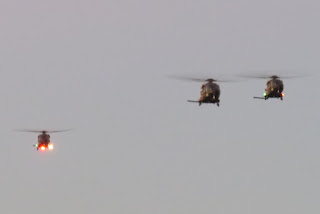 Again over the last couple of days, the Royal New Zealand Navy (RNZN) Kaman SH-2G(I) Super Seasprite NZ3618 has been noted visiting Rockhampton Airport.  It was spotted shortly after arriving from Shoalwater Bay late on Thursday 20 July.  It has been heard using the radio callsign of "Seasprite 18".