Eagle-eyed plane spotters noted on flight tracking websites late on Tuesday 18 July that a pair of JetGo Australia Embraer Regional Jets visited Middlemount Aerodrome flying from and back to Brisbane.  They were identified as Embraer ERJ-135LR VH-JGB (which flew as JG23/24) and Embraer ERJ-140LR (ERJ-135KL) VH-ZJE (which flew as JG27/28). 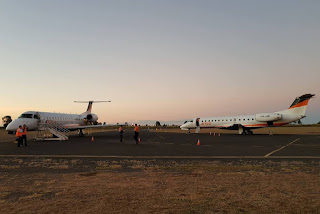 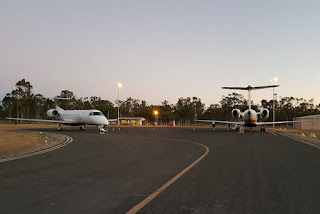 Both VH-JGB and VH-ZJE then returned to Middlemount early on Wednesday 19 July, again both flying from and back to Brisbane, again using the same flight numbers.

A quick word from JetGo reveals that this is new Fly-in Fly-out (FIFO) contract that the airline has picked up on behalf of Middlemount Coal.  The flights will initially be flown by the E-135 and E-140 aircraft before the airline takes delivery of their first 50-seat Embraer E-145 - see below! 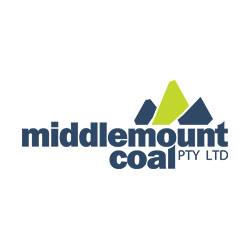 The flights were previously operated by Virgin Australia ATR 72s turboprops.  However, with the recent closure of the Virgin Australia ATR 72 base, and the withdrawal of ATR 72 services from Queensland (but for Moranbah) it comes as no surprise that these FIFO charter flights are now being completed by a different operator.

Finally, of interest, JetGo will reportedly take delivery of the first of four larger 50-seat Embraer ERJ-145LR regional jets from September this year.  The first aircraft is reported to be N193EC of ECC Leasing Company (SN: 14501022).  It previously operated for Chinese carrier Tianjin Airlines as B-3033 and is currently in storage. 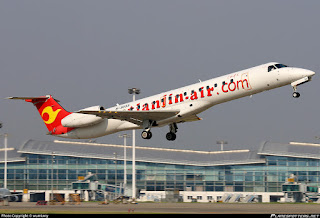 The relatively young aircraft - less than 10 years old - will be a welcome addition to the JetGo fleet and allow for the expansion of the now delayed proposed services into Hervey Bay (Fraser Coast) Airport from Melbourne (Essendon) and Brisbane.
Posted by Damian F at 7:17 PM