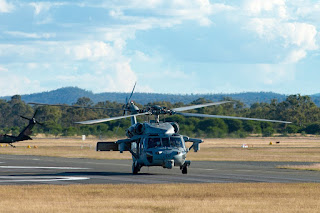 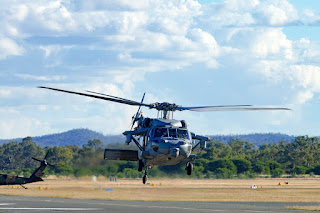 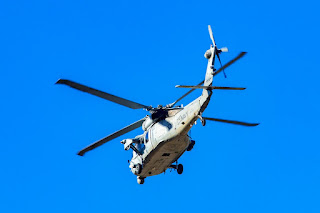 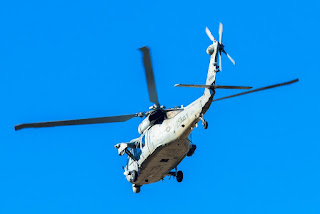 The chopper was identified as a United States Navy Sikorsky MH-60S Seahawk (Knighthawk) helicopter which is flown by the Helicopter Sea Combat Squadron 25 (HSC-25) "Island Knights" and it presently deployed and assigned with CVW-5 on board USS Bonhomme Richard (LHD 6).  It is also reported that the "Island Knights" squadron is based at Andersen Air Force Base, Guam. 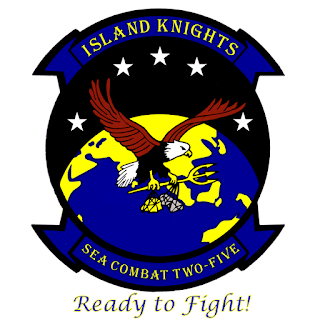 The Knighthawk helicopter that called into Rocky on both occasions looked to be 168538 / RB-07 and it was heard to be using the radio callsign of "Knightrider 36".

Massive thanks to local photographer Russell P for taking the time to capture and share with us these great photos!

All photos taken by Russell Prothero  ©
Posted by Damian F at 8:59 PM