On Tuesday 18 July, Royal Australian Air Force (RAAF) Alenia C-27J Spartan A34-007 was noted back at Rockhampton Airport as joint Military Exercise Talisman Saber 2017 (TS17) continues with Phase 2 wrapping up and Phase 3 about to commence.  The RAAF's battlefield air lifter aircraft also called into Rocky on Sunday 16 July and the photos in this post are of this exciting fist visit. 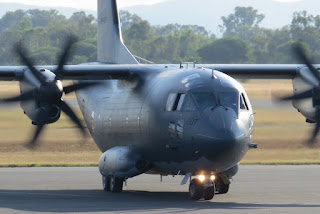 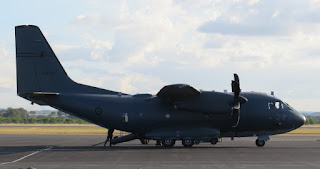 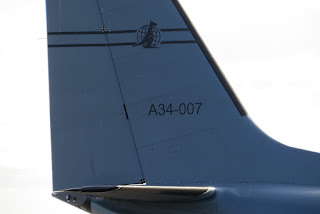 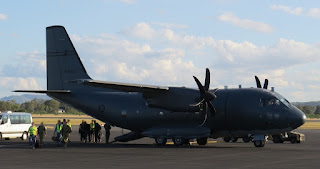 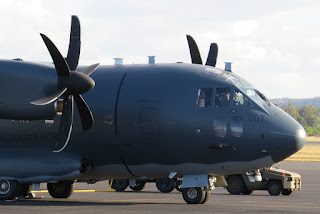 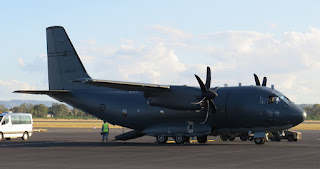 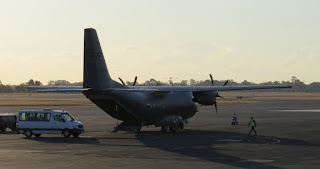 A34-007 looked to fly in from RAAF Base Amberley and later depart to Canberra.  It was heard to be using the radio callsign of "Wallaby 13".

As mentioned previously, the Alenia C-27J Spartan is a military transport aircraft developed and manufactured by Alenia Aermacchi.  Ten of the battlefield airlifters were ordered by the RAAF in May 2012 to replace the now-retired De Havilland DHC-4 Caribou fleet.

All photos taken by Kayanne Hardsman  ©
Posted by Damian F at 8:41 PM