After arriving the night before, on Thursday 13 July, the visiting United States Air Force (USAF) Boeing C-17A Globemaster III 05-5146 departed Rockhampton Airport for the East once again as "Trek 50". 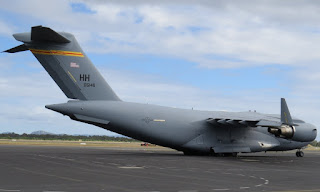 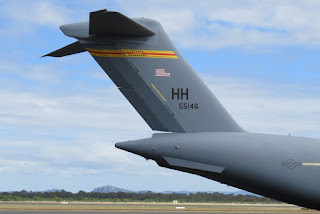 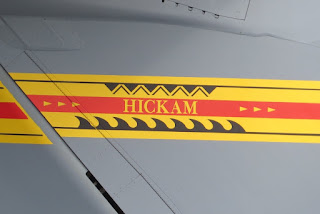 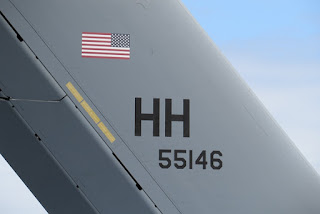 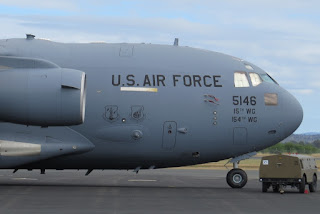 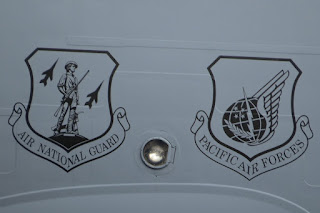 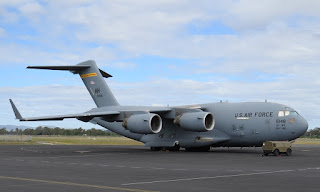 Local plane spotters Kayanne H and Daniel B ventured to Rockhampton Airport at different times to capture some photos as the C-17 rested quietly during the morning before it later departed off Rocky's Runway 15, making a spectacular turn to set course. 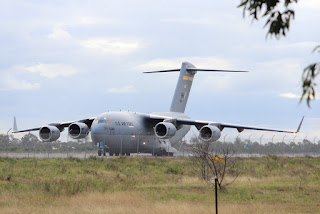 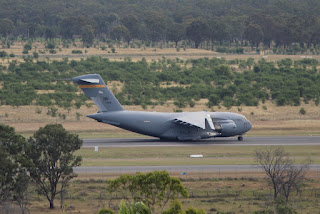 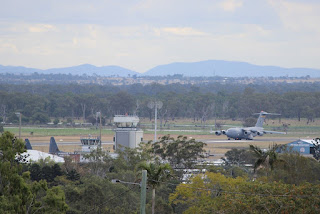 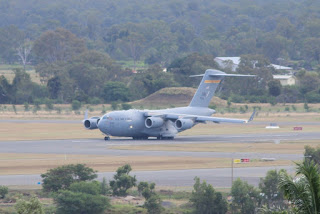 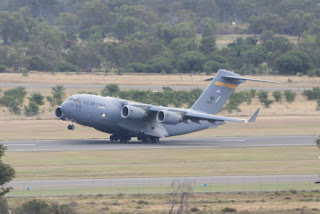 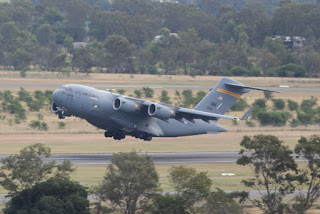 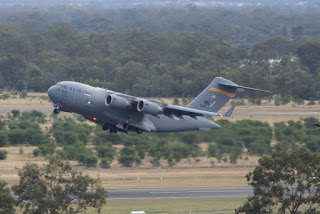 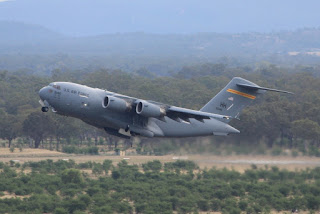 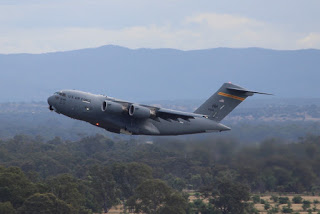 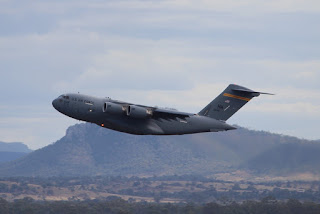 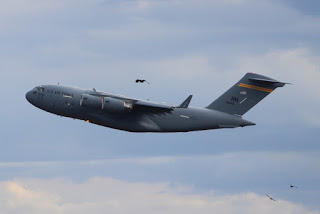 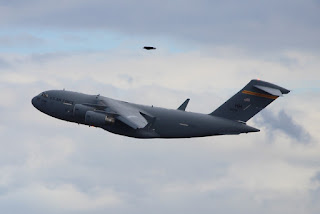 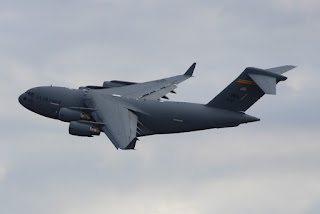 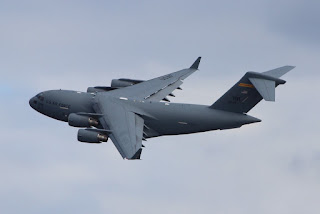 Of interest, 05-5146 is flown by the 535th Airlift Squadron which is part of the 15th Wing (15 WG) based at Joint Base Pearl Harbour-Hickam, Hawaii.  The wing reports directly to the commander, Pacific Air Forces (PACAF).  It also wears the insignia of the 154th Wing (154 WG) which is a unit of the Hawaii Air National Guard, which is also stationed at Hickam Field, Joint Base Pearl Harbour-Hickam. If activated to federal service, the Wing is gained by Pacific Air Forces.

Finally, it's worth noting that also on Thursday 13 July, the mass parachute drop for TS17 took place with more than 300 US and Canadian paratroopers parachuting into drop zone Kapyong at Williamson Air Field in the Shoalwater Bay Training Area.  They had travelled some 11,000 miles and 14 hours in the back of four USAF and one RAAF C-17A Globemaster transport aircraft.

Sincere thanks once again to local plane spotters Kayanne H and Daniel B for their continued generosity in taking time to capture and send through these great photos!