Local plane spotters Daniel B and 'IAD' were again on the scene at and around Rockhampton Airport early on Sunday 9 July and have sent through some great photos as Atlas Air Boeing B747-446 N465MC made an early morning arrival onto Rocky's Runway 15. 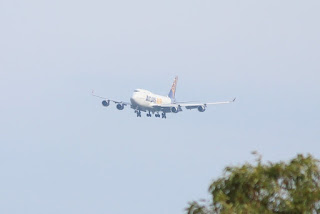 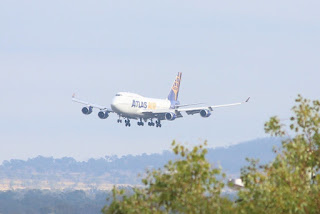 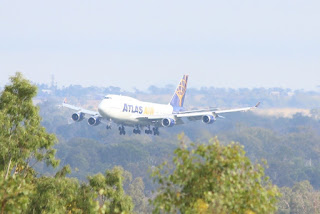 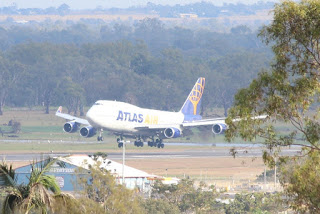 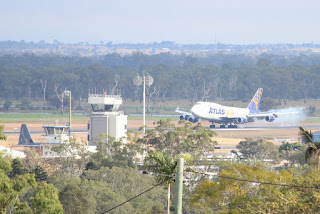 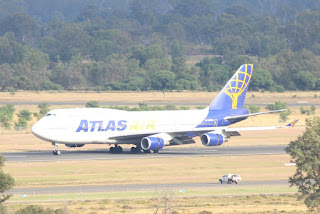 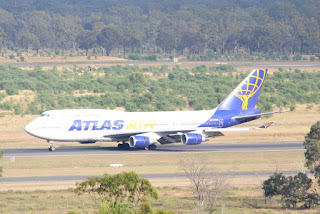 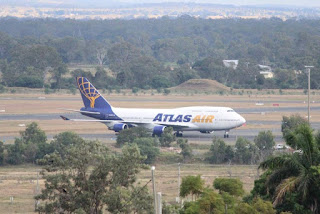 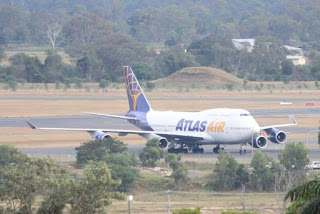 The jumbo touched down directly from Hickam Field (formerly Hickam Air Force Base) in Hawaii, flying in as GTI8653 "Giant 8653".  It was the second Atlas Air B747-400 to touch down at Rockhampton Airport from there in the last 12 hours. 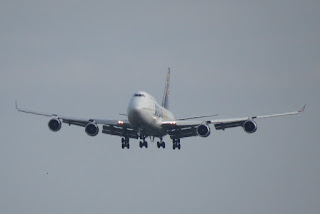 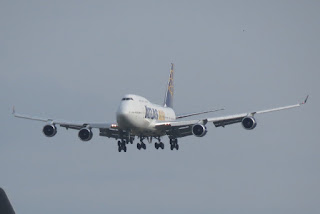 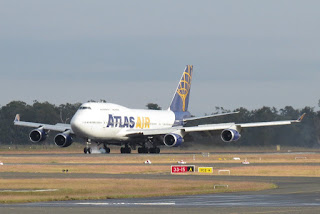 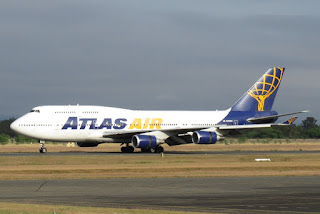 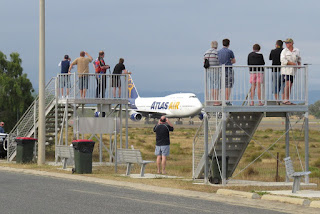 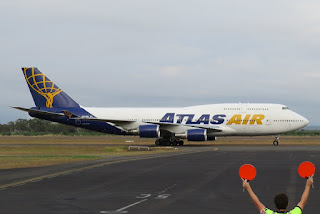 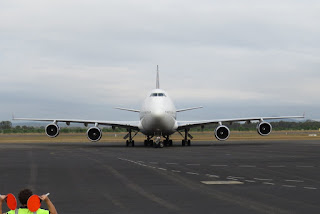 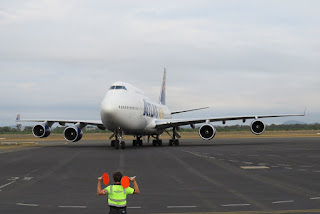 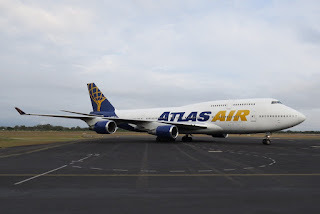 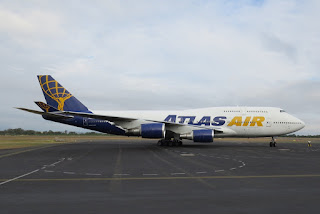 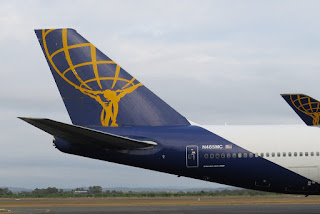 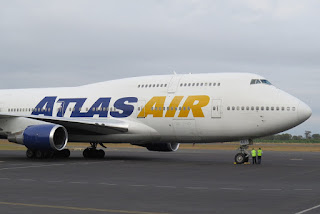 N465MC taxied in and parked on Gate 6 on the Southern end of the Rockhampton Airport parking apron.  Like the previous passenger charter flights to touch down at Rocky, it brought military personnel and cargo into Rocky to participate in joint Exercise Talisman Saber 2017 which is currently underway in the nearby Shoalwater Bay Training Area (SWBTA).

N465MC certainly drew a crowd with a steady stream of locals passing through Rockhampton Airport for most of the day coming to have a look at the Atlas Air jumbo jet!  It could be last time we see a B747 in CQ!

At the time of writing, it is unclear when N465MC will depart Rockhampton Airport. 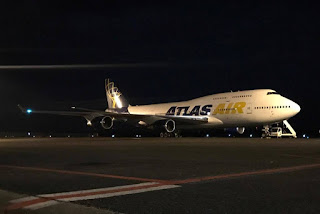 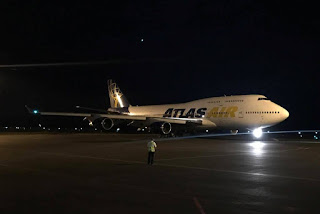 Sincere thanks to local plane spotters 'IAD' and Daniel B for taking the time to capture and send through these great photos and video of the jumbo's arrival - and now departure!

Photos and video taken by Daniel Bishop and 'IAD'  ©
Posted by Damian F at 9:45 PM