We haven't seen one for a while - certainly not during Exercise Talisman Saber 2017 - but on Friday 28 July, Royal Australian Air Force (RAAF) Boeing B737-7ES / E-7A Wedgetail Airborne Early Warning & Control (AEW&C) aircraft A30-003 was noted completing a missed approach onto Runway 15 at Rockhampton Airport as "Wedgetail 02". 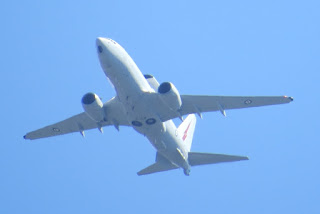 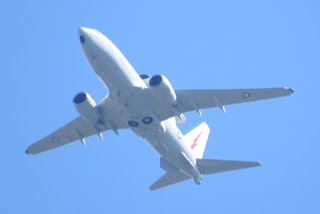 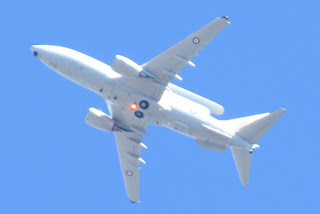 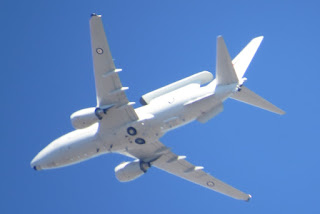 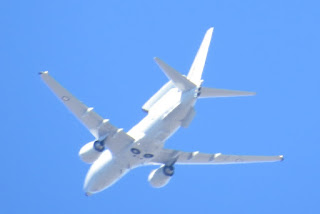 It looked to fly down from the North and once it had completed the overshoot at Rocky, A30-003 was heard to be heading towards the Gold Coast to possibly complete more airwork.

Thanks to local plane spotter Kayanne H for capturing and sending through these quick photos from her backyard as the Wedgetail climbed out of Rocky!

All photos taken by Kayanne Hardsman  ©
Posted by Damian F at 8:00 PM