Late on Wednesday 12 July, United States Air Force (USAF) Boeing C-17A Globemaster III 05-5146 touched down at Rockhampton Airport as "Trek 50".  It was parked on Gate 6 on the Southern end of the Rockhampton Airport parking apron and was promptly unloaded. 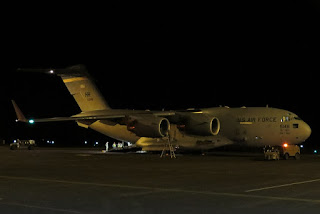 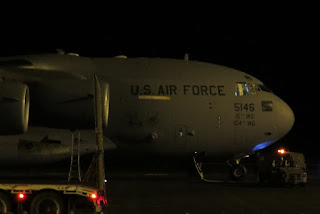 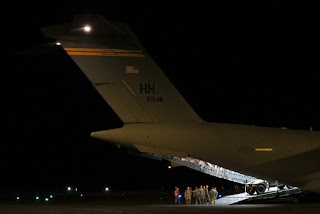 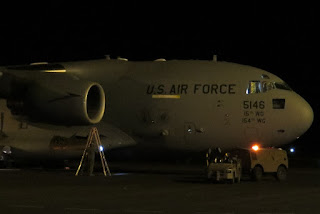 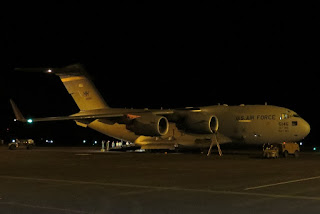 Soon after, the C-17 was closed up and shut down suggesting that it was to spend the night. 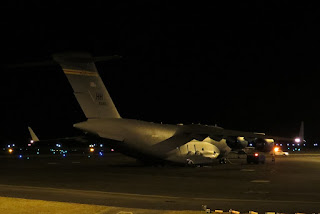 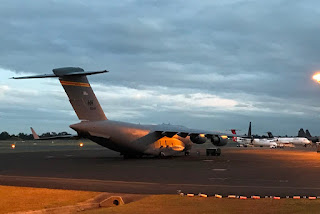 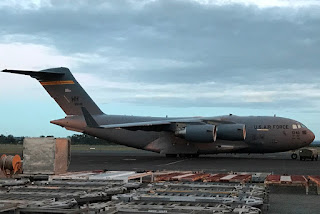 Meanwhile, another United States Air Force (USAF) arrival into CQ, this time at Gladstone Airport also late on Wednesday 12 July, was Dornier C-146A (Dornier 328-120) 97-3091 "Magma 02".  It looked to arrive into Gladstone from the South and also seems to be staying for at least the night. 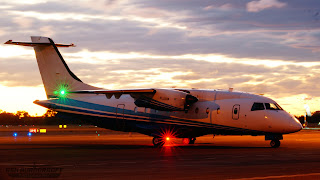 97-3091 is pictured above preparing to depart Rockhampton Airport late on Tuesday 11 July.

It will be interesting to see when and where these two USAF aircraft depart to!

Sincere thanks local plane spotters Kayanne H and Daniel B for taking the time to capture and send through these great photos!

Photos taken by Kayanne Hardsman, Daniel Bishop and Ash Burggraaff  ©
Posted by Damian F at 7:00 AM