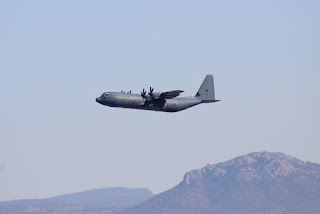 Firstly, A97-441 arrived from Townsville as "Trojan 06".  It was later photographed by local plane spotter 'IAD' departing for RAAF Base Pearce in Western Australia. 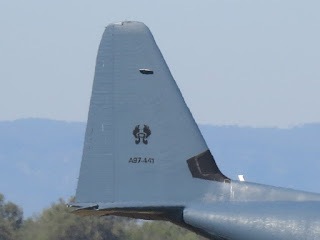 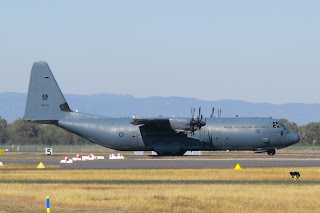 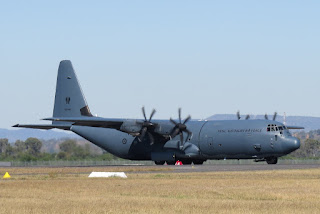 A little later on Saturday 22 July, A97-440 arrived into Rockhampton Airport from the South as "Trojan 55". 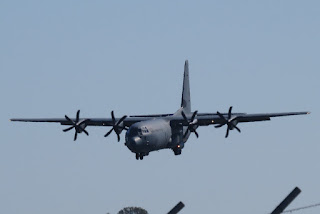 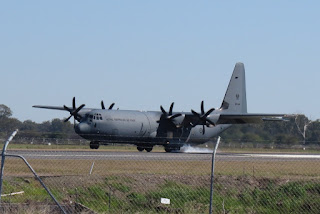 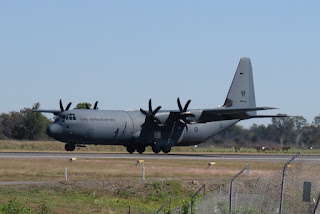 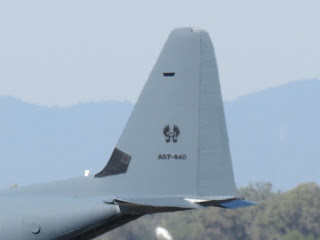 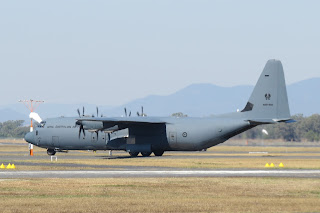 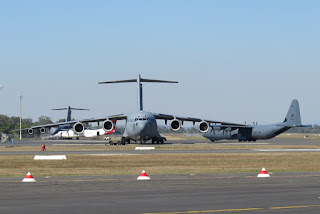 It was later photographed by Daniel B departing to Darwin. 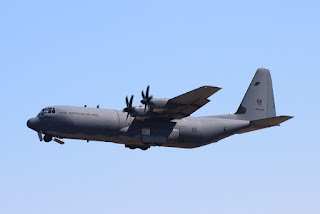 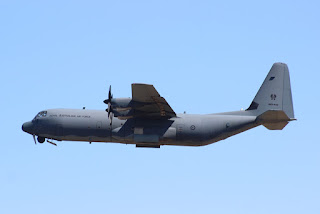 Finally, and on a slightly smaller scale, Royal Australian Air Force (RAAF) Beech B350 Super King Air turboprops continue to make daily visits to Rockhampton Airport.  A32-339 and A32-343 have both been noted calling in a various times, usually flying between Rocky and Townsville and/or RAAF Base Amberley.  They have been heard using the radio callsigns of "Beaufort 02" and "Beaufort 04".

Sincere thanks once again to 'IAD' and to Daniel B for taking the time to capture and send through these great photos!