On Thursday 13 July, Heli Niugini Kawasaki BK-117 B-2 helicopter P2-HBN arrived at Mackay Airport from Townsville having flown South from Cooktown and Cairns the previous day.  It then continued further South calling into Rockhampton and Bundaberg Airports before concluding its journey at Redcliffe. 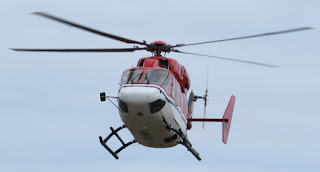 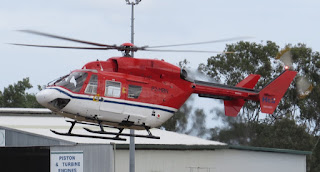 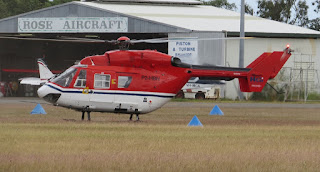 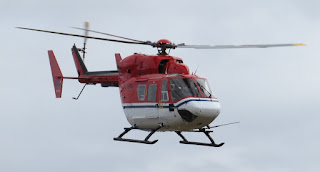 Research reveals that P2-HBN once flew in Australia with Kestrel Aviation as VH-KHO and spent a good portion of its time being part of the bushfire fighting team in the Southern states of Australia.

All photos taken by Kayanne Hardsman  ©
Posted by Damian F at 7:09 PM