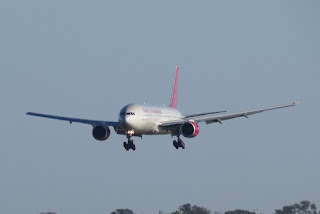 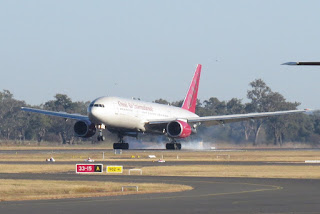 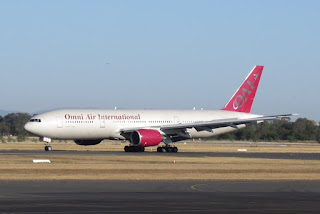 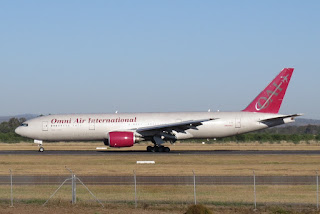 Local plane spotters 'IAD' and Kayanne H were both amongst another good crowd of onlookers who watched on as the massive twin-jet parked on Gate 6 on the Southern end of the Rocky Airport parking apron. 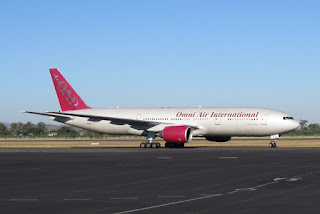 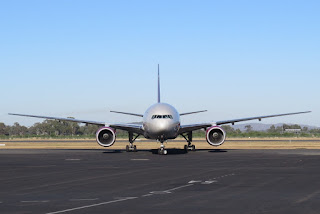 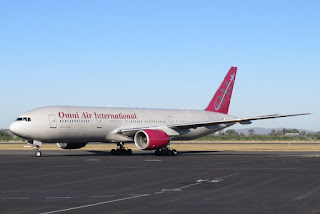 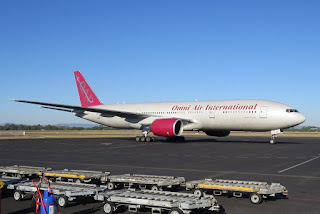 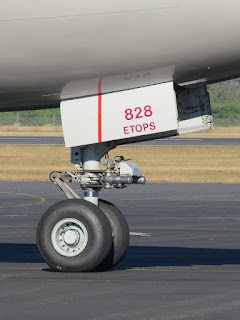 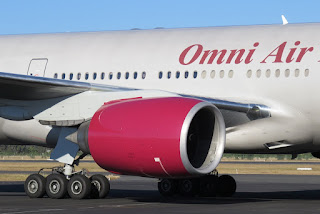 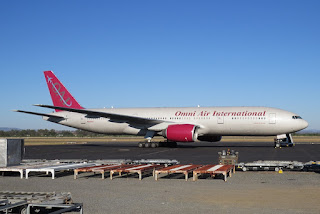 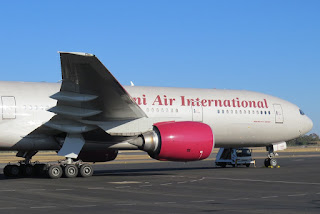 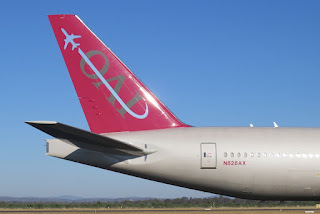 Soon after, personnel and their bags were loaded before the N828AX taxied out and departed Rockhampton Airport, returning to Brisbane again as OAE309.

N828AX has since departed Brisbane bound for Hickam Field (formerly Hickam Air Force Base) also in Hawaii.  It is due to then continue to Seattle-Tacoma International Airport and Baltimore/Washington International Thurgood Marshall Airport.  All of these flights are with the same flight number and callsign of OAE309.

Of interest, N828AX was acquired by Omni Air International earlier this year after it was operated for over a decade by Kenya Airways as 5Y-KQT.

Sincere thanks to 'IAD' and Kayanne H for taking the time to capture and send through these great photos!