On Friday 28 July, newly registered Hevilift De Havilland DHC-6-300 Twin Otter VH-YWJ visited Central Queensland, popping into Proserpine (Whitsunday Coast) Airport from Cairns and Townsville.  It was due to fly straight from Townsville to Rockhampton Airport but was noted diverting to Prosie presumably to take on additional fuel. 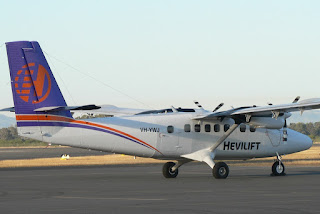 After departing Proserpine, the Twin Otter flew into Rockhampton Airport and stayed for the night. 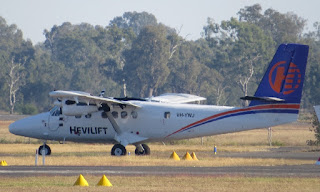 Early on Saturday 29 July, VH-YWJ is pictured departing Rockhampton Airport for the Sunshine Coast via missed approaches at Gladstone, Bundaberg and Maryborough Airports.  It eventually continued to Brisbane. 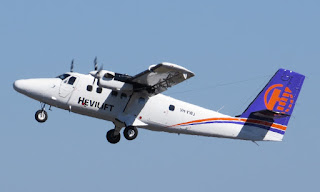 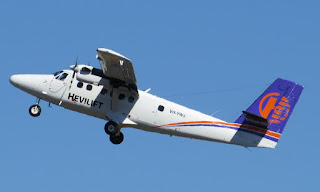 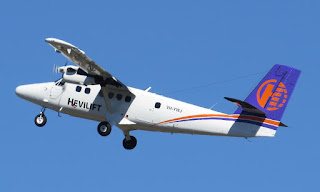 It has been reported that the Twin Otter will be in Brisbane for a short time before it heads to Mount Isa where it will be based.

Sincere thanks to local plane spotters Don W and Kayanne H for taking the time to capture and send through these great photos!

Photos taken by Don Williams and Kayanne Hardsman  ©
Posted by Damian F at 7:13 AM