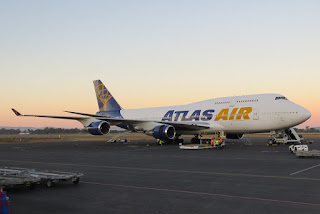 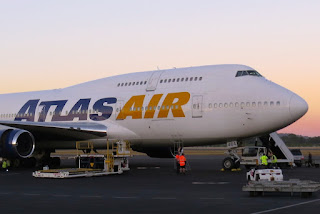 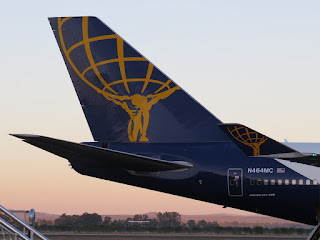 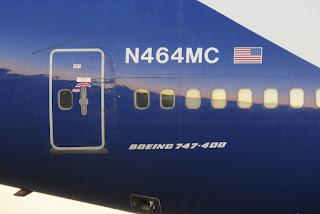 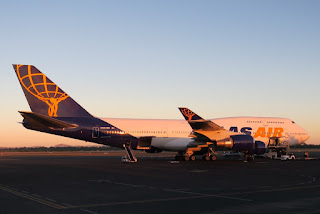 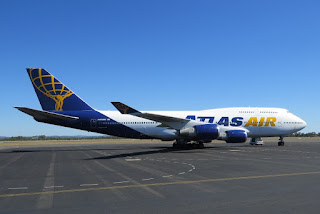 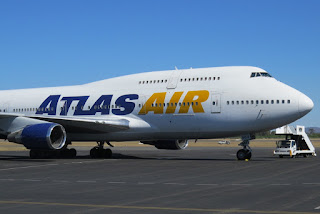 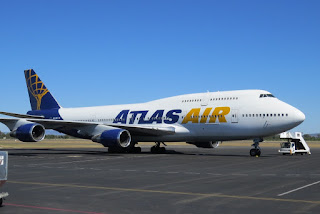 After spending all day parked on Gate 6 on the Southern end of Rocky Airport apron, the jumbo jet was loaded with a full load of personnel and bags and it made a spectacular night time departure to Hickam Field (formerly Hickam Air Force Base) also in Hawaii, but flying in as GTI8698 "Giant 8698". 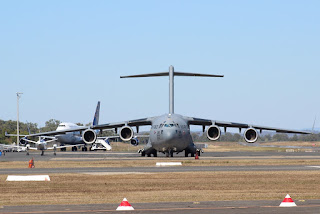 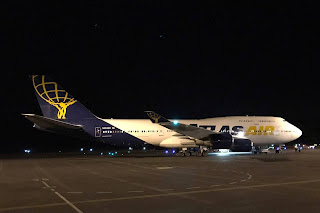 Of interest, N464MC continued to the joint public/military Stewart International Airport in Orange County, New York in the United States of America.

Thanks to local plane spotters 'IAD', Daniel B and Ash B for sharing these great photos and video of a great (return) visitor to Rockhampton Airport!