During the afternoon on Wednesday 12 July, a pair of Royal New Zealand Air Force (RNZAF) helicopters were noted arriving into Rockhampton Airport and the nearby Australian Army Defence Support Group (DSG) 'Camp Rocky' . 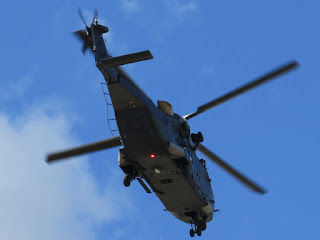 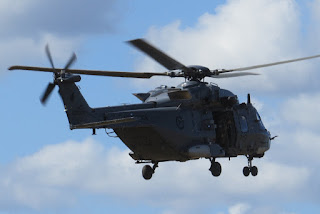 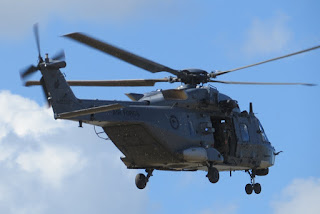 It later departed in the Shoalwater Bay Training Area (SWBTA) but was heard to return to 'Camp Rocky' a little later in the day.


It later departed North towards Proserpine before it was heard flying off the coast on return to the HMNZS Canterbury multi-role vessel (MRV) of the Royal New Zealand Navy which is presently in the Coral Sea off CQ.  It is believed that the NH90 NZ3306 also returned to the ship a little while later.

All photos taken by Kayanne Hardsman  ©
Posted by Damian F at 10:17 PM