As we posted below, late on Thursday 20 July, United States Air Force (USAF) Boeing C-17A Globemaster III 05-5147 touched down at Rockhampton Airport.  Local plane spotter 'IAD' was also on hand to capture some more great photos as massive transport aircraft touched down from the North as "Trek 951". 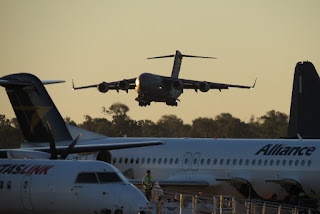 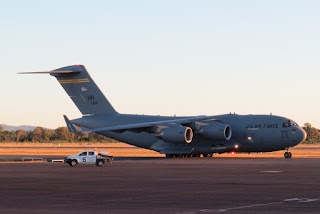 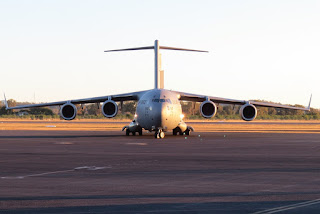 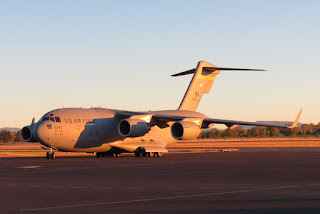 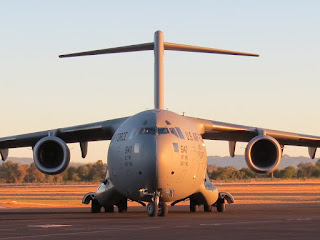 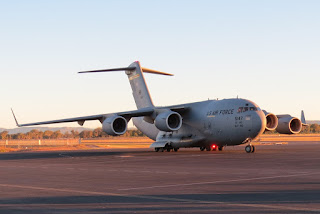 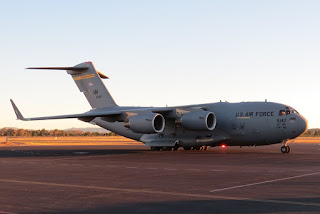 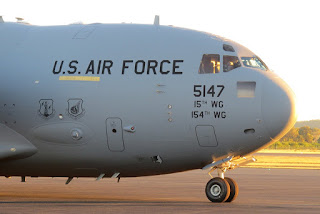 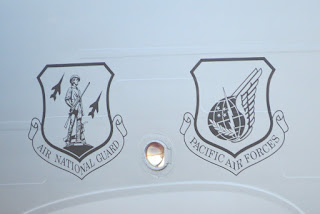 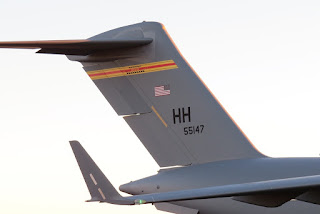 Of interest, 05-5147 is flown by the 535th Airlift Squadron which is part of the 15th Wing (15 WG) based at Joint Base Pearl Harbour-Hickam, Hawaii.  The wing reports directly to the commander, Pacific Air Forces (PACAF).  It also wears the insignia of the 154th Wing (154 WG) which is a unit of the Hawaii Air National Guard, which is also stationed at Hickam Field, Joint Base Pearl Harbour-Hickam. If activated to federal service, the Wing is gained by Pacific Air Forces.