Perhaps the other highlight during a spectacular day of military helicopter action around Rockhampton in association with joint Military Exercise Talisman Saber 2017 (TS17) on Thursday 20 July was the first (and perhaps only) visit into Rockhampton of a United States Marine Corps (USMC) Sikorsky CH-53E Super Stallion helicopter. 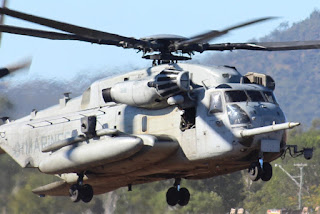 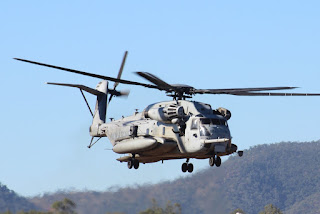 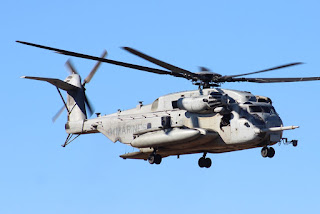 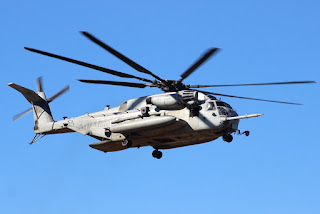 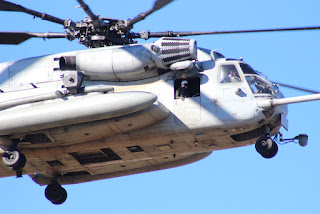 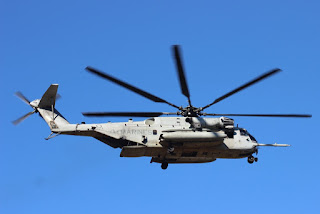 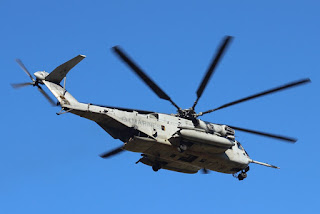 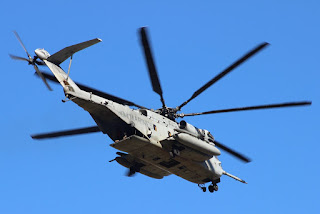 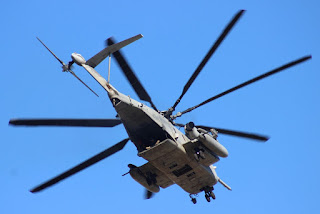 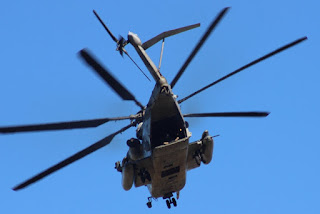 The Super Stallion was identified as 162525 / YF-01 of the Marine Heavy Helicopter Squadron 462 (HMH-462) "Heavy Haulers".  The squadron is based at Marine Corps Air Station Miramar, California and falls under the command of Marine Aircraft Group 16 (MAG-16) and the 3rd Marine Aircraft Wing (3rd MAW). 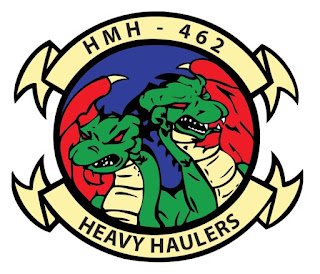 During its brief visit, the CH-53E Super Stallion was believed to be using the radio callsign of "Mobius 31".

Sincere thanks to local plane spotter Daniel B for again being at the right place at the right time and capturing and sending through these great photos!

All photos taken by Daniel Bishop  ©
Posted by Damian F at 11:29 PM