A couple of nice arrivals into Rockhampton Airport during the afternoon on Monday 10 July was a pair of United States Army (US Army) (US Army Reserve Command) Beech C-12V Huron aircraft.  The C-12V Huron is the military designation for aircraft based on the Beech B200 Super King Air - along with some models of Beech 1900D. 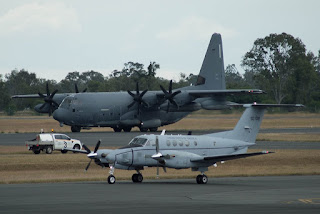 On Monday, the two US Army C-12V Huron aircraft were identified as 95-00092 "Val 92" and 95-00091 "Val 91" and they both looked to arrive from and later depart back to Townsville where they arrived from overseas over the weekend. 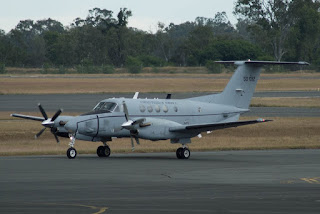 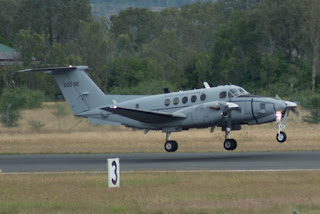 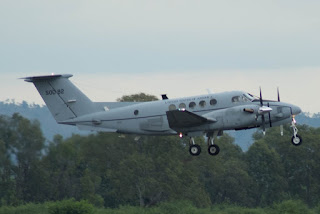 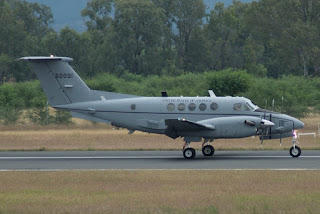 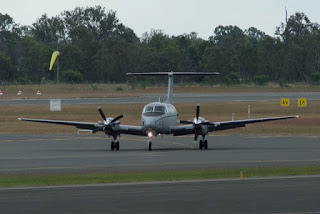 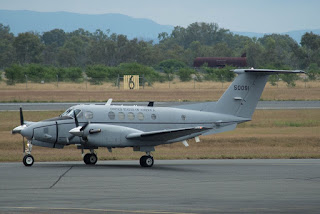 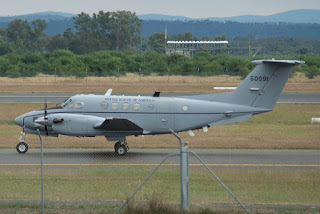 Both aircraft are flown by The 6th Battalion of The 52nd Aviation Regiment of the US Army (6-52nd Aviation).

Sincere thanks to local plane spotter Scott H for being at the right place at the right time and for sending through these great photos of a couple of great visitors!