One of highlights during a spectacular day of military helicopter action around Rockhampton in association with joint Military Exercise Talisman Saber 2017 (TS17) on Thursday 20 July was the return of the unique sight and sound of a United States Marine Corps (USMC) Bell Boeing MV-22B Osprey tilt-rotar aircraft. 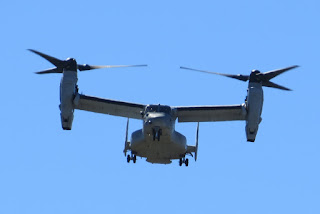 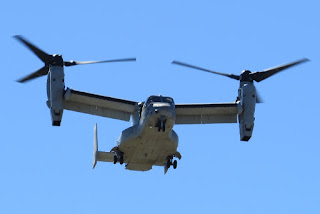 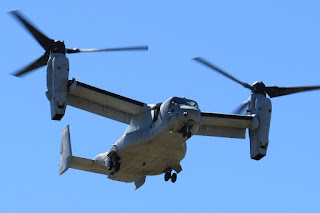 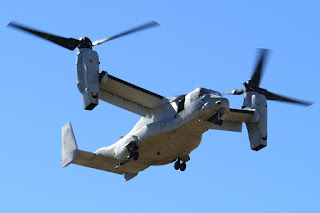 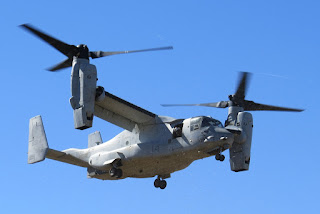 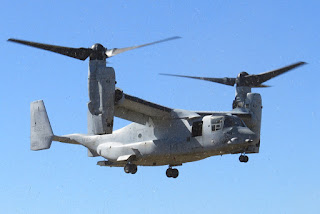 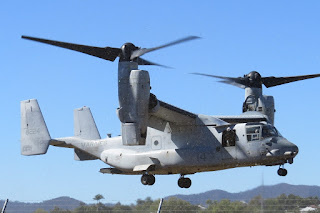 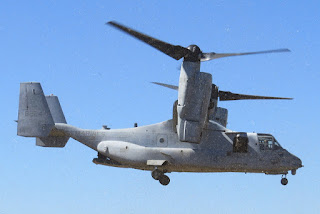 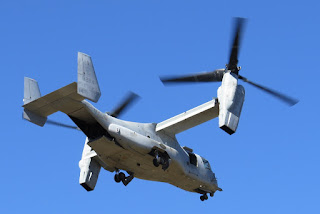 After making a couple of visits to Rocky late last week and over the weekend, on Thursday, the Osprey was spotted making two visits into Rockhampton, calling in for a short time on both occasions at 'Camp Rocky' - the Australian Army Defence Support Group (DSG) camp adjacent to Rockhampton Airport. 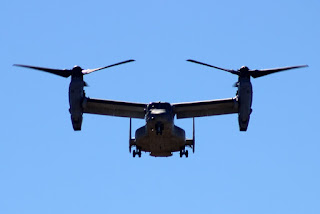 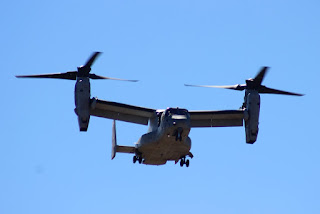 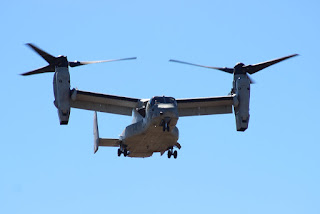 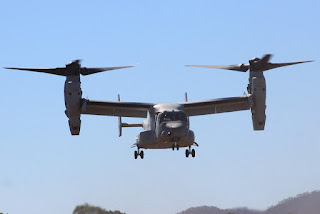 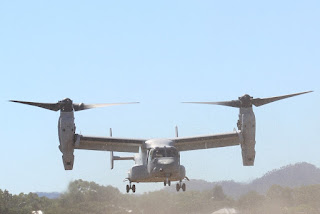 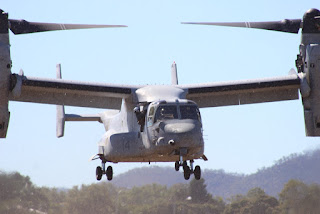 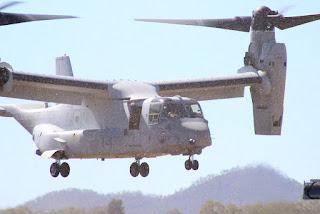 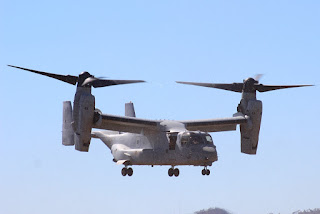 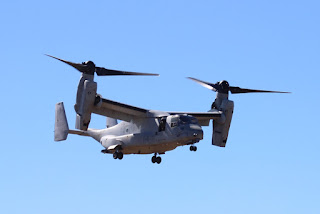 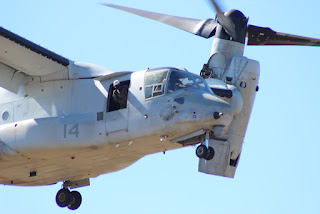 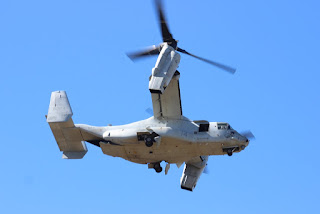 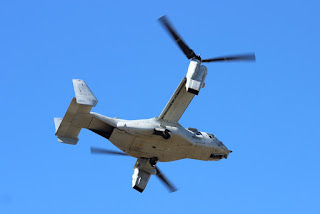 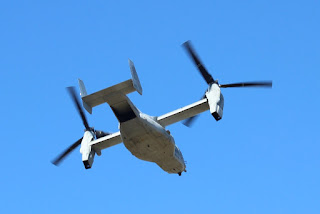 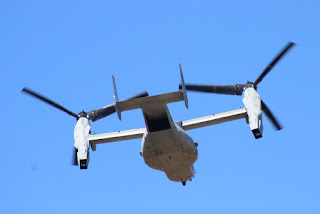 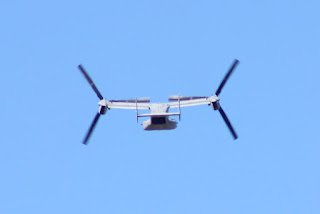 The Osprey was identified as 168224 / EP-14 of the Marine Medium Tiltrotor Squadron 265 (VMM-265) "Dragons", which is part of the 1st Marine Aircraft Wing.  It was heard to heard to use the radio callsign of "Puff 61" during both of its visits to Rockhampton. 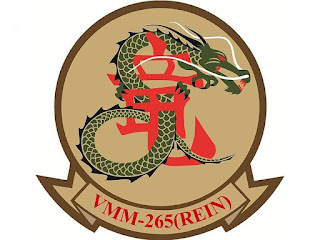 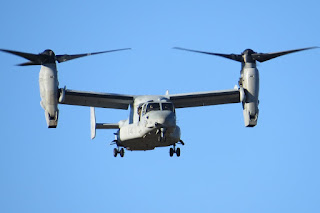 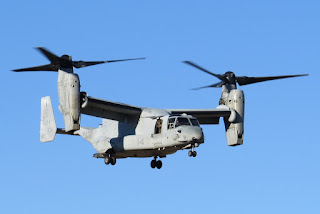 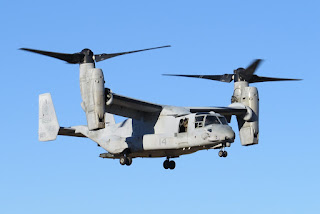 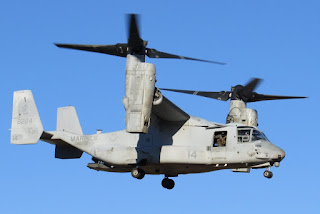 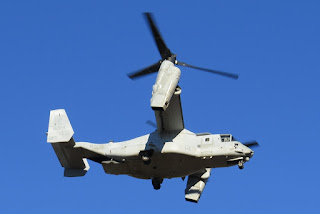 As with its previous visits to 'Camp Rocky', the Osprey was on the ground for only a short time before it departed towards the North-East.

Sincere thanks to local plane spotters Kayanne H and Daniel for again being at the right place at the right time and capturing and sending through these great photos!