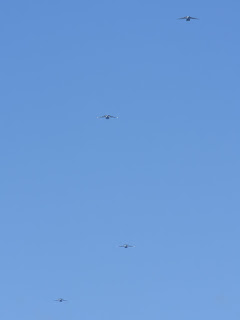 Sadly for most keen observers, the four Globemaster were mere 'dots just above horizon' as they passed the larger coastal centres of Hervey Bay, Bundaberg and Gladstone (pictured below) at low level but at their predicted 2kms off the coast.

However in some of the smaller parts of the CQ coast at Agnes Water and Rules Beach, some spectacular videos have been shared (like the one below from Agnes Water) showing the massive C-17s passing only metres away from the coastline - what a sight and sound!


After eventually passing Gladstone, the four C-17s then entered Rockhampton airspace and were made to climb to 6000ft as they were then spotted overflying Rocky from East to West before they headed North to a position near Saint Lawrence to hold before entering Shoalwater Bay. 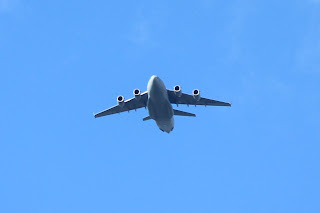 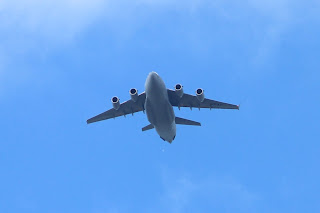 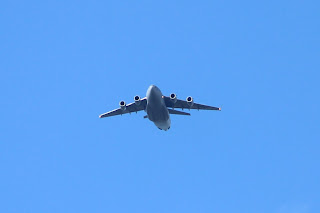 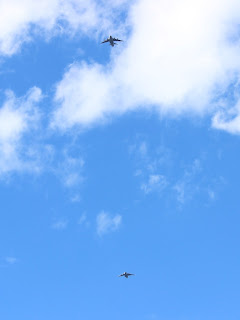 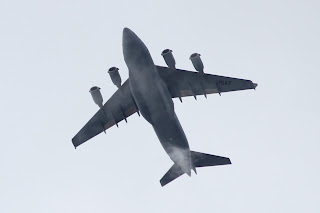 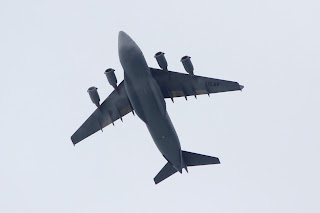 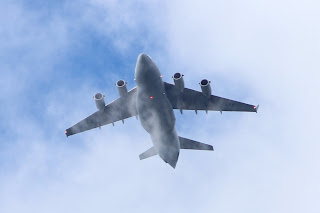 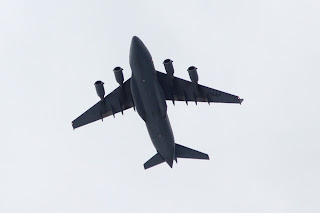 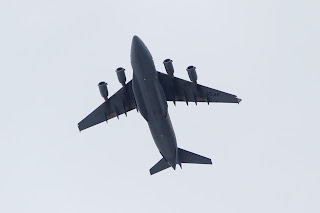 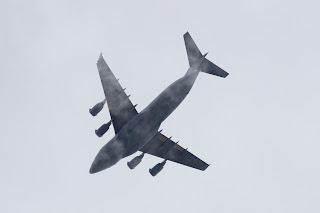 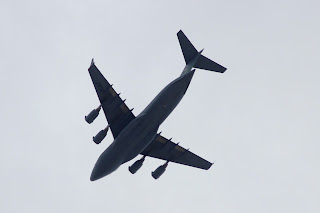 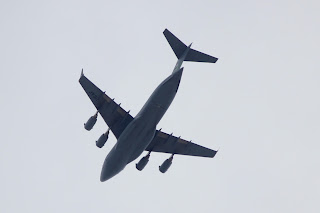 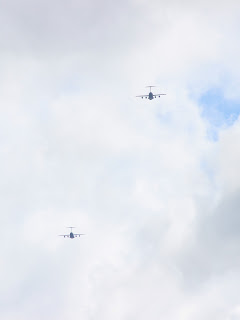 Later, all four USAF C-17s were then heard departing Williamson Airfield and returning to Richmond all separately.

As we reported below, the four USAF C-17s were involved with the mass parachute drop for TS17 on Thursday 13 July with more than 300 US and Canadian paratroopers parachuting into drop zone Kapyong at Williamson Airfield.  They had travelled some 11,000 miles and 14 hours in the back of four USAF and one RAAF C-17A Globemaster transport aircraft.

Sincere thanks to all those who contributed photos and videos today!

Please feel free at any time to share your photos and videos either on our Facebook page (https://www.facebook.com/cqplanespotting/) or send them in an email to:  cqplanespotting@yahoo.com