After arriving and departing over the course of last weekend, United States Air Force (USAF) Boeing C-17A Globemaster III 00-0185 was spotted arriving back into Rockhampton Airport early on Tuesday 25 July again as "Trek 51". 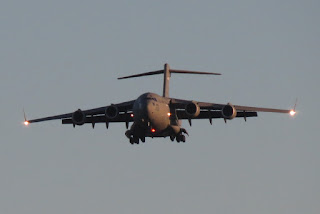 The massive transport aircraft once again parked on the Northern Military Hardstand. 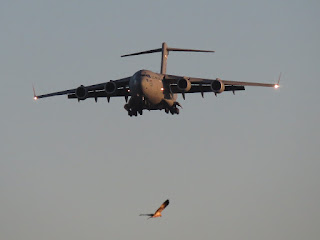 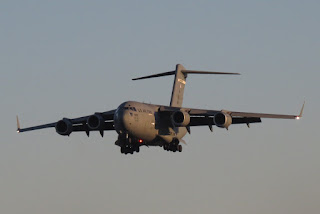 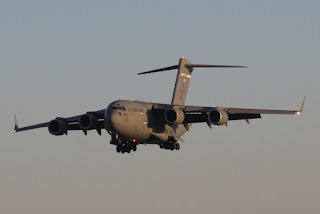 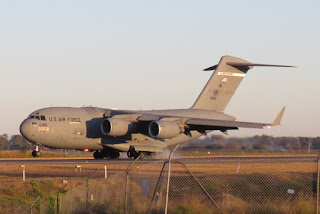 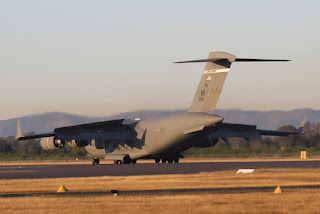 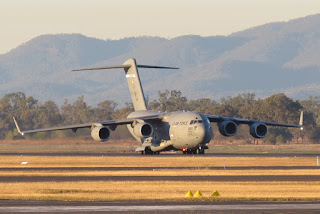 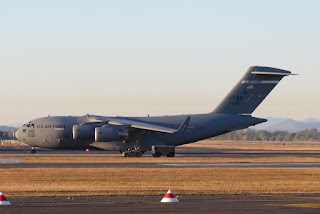 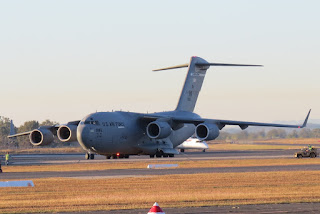 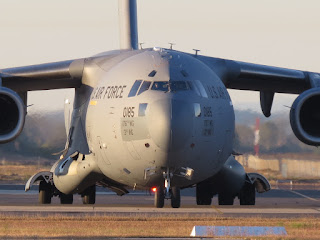 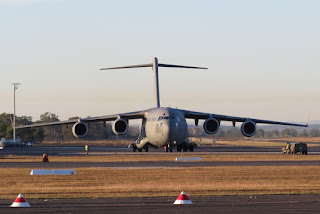 It came back to Rocky to transport the two United States Navy (US Navy) Sikorsky HH-60H Seahawks 'home' after they were based at Rockhampton Airport during joint Military Exercise Talisman Saber 2017 (TS17).  The Seahawks were noted with rotor blades stowed and prepared for transport over the latter part of last week. 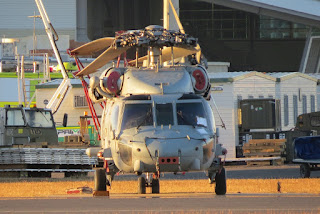 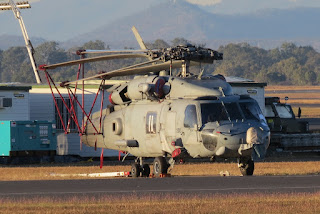 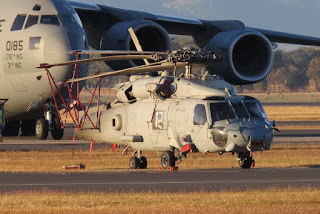 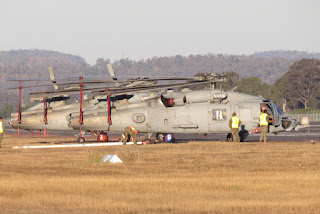 As mentioned before, the Seahawks are flown by the Helicopter Sea Combat Squadron 85 (HSC-85) "Firehawks", while the USAF Globemaster 00-0185 is flown by The 517th Airlift Squadron (517 AS) which is part of the 3rd Wing at Joint Base Elmendorf-Richardson in Alaska.

Once loaded and prepared for departure, 00-0185 eventually departed Rockhampton Airport for Guam but around an hour after departing, it returned to Rocky, declaring an emergency with "fumes in the cabin".  It made a safe landing and returned to its original parking position on the Northern Military Hardstand.

The Globemaster looked to now staying for at least the night.