Local plane spotter Daniel B was on hand at Rockhampton Airport during a great afternoon of action on Sunday 16 July and he captured some photos as Australian Army Sikorsky S-70A-9 Blackhawk helicopter A25-214 departed on a sortie as "Spartan 214". 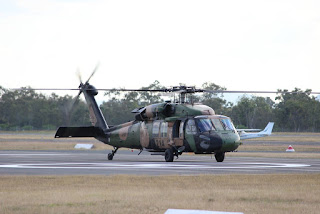 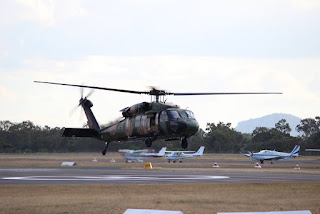 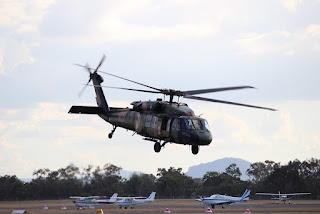 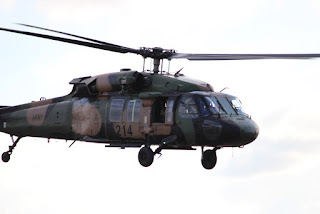 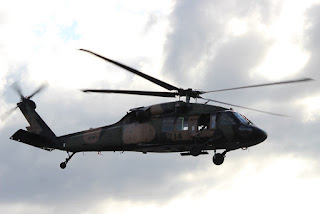 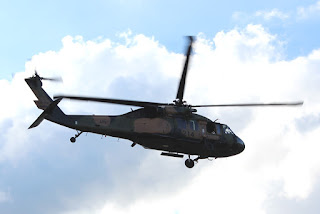 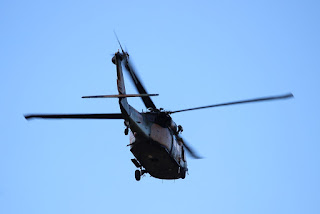 Of interest, "Spartan 214" was also noted completing several circuits and landings at Rockhampton Airport during the afternoon on Saturday 15 July.

There are six Blackhawks currently deployed at Rockhampton Airport during joint Military Exercise Talisman Saber 2017 (TS17).  They are flown by the Army's 171st Aviation Squadron (forming part of the 6th Aviation Regiment) based at Holsworthy Barracks near Sydney.  The Blackhawks complete daily flights in formation using the callsign "Spartan" and are often joined by a single US Navy Sikorsky HH-60H Seahawk - See Blog post below from Maryborough Airport on Saturday 15 July!

All photos taken by Daniel Bishop  ©
Posted by Damian F at 10:12 PM