As joint Military Exercise Talisman Saber 2017 (TS17) rolls on, there were plenty of other fixed-wing and rotary-wing aircraft to pass through Rockhampton Airport over the weekend.  Here is a summary along with a few photos! 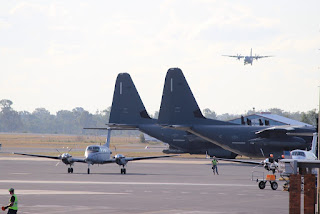 The Royal New Zealand Air Force (RNZAF) Lockheed C-130H Hercules NZ7005 continues to complete various flights in and out of Rockhampton Airport - and also into Shoalwater Bay. It has again been heard to be using the radio callsign of "Kiwi 10". 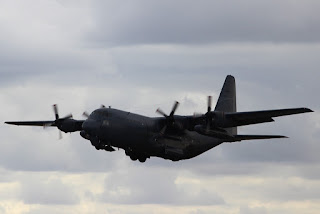 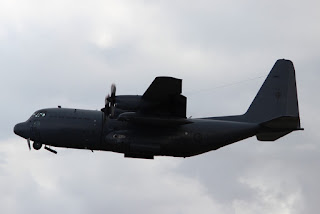 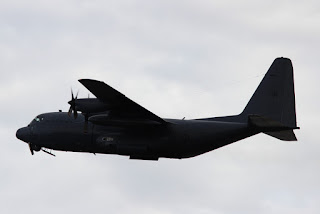 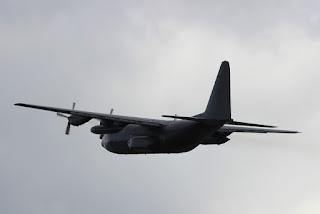 As mentioned below, Royal Australian Air Force (RAAF) Lockheed C-130J-30 Hercules transport aircraft A97-441 arrived into Rockhampton Airport on Sunday 16 July from RAAF Base Richmond as "Trojan 06" before it participated in the Forward Arming and Refuelling Points (FARP) Exercise with a pair of Australian Army Sikorsky S-70-A Blackhawk helicopters.

Fellow RAAF Herc A97-465 arrived into Rockhampton Airport on Saturday 15 July and stayed for the night. 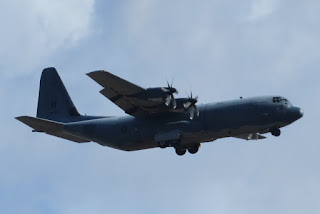 It then completed a return flight to Richmond on Sunday 16 July.  A97-465 was heard to be using the radio callsign of "Mambo 20".

While the two United States Air Force (USAF) Special Operations Squadron Lockheed MC-130J Hercules aircraft - 13-5775 and 12-5761 - remain based at Rockhampton Airport.  They seem to complete daily flights either North or South as "Spock 43" and "Spock 42" respectively. 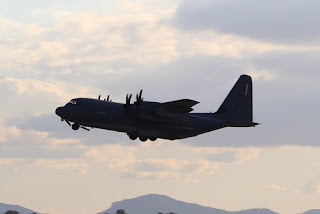 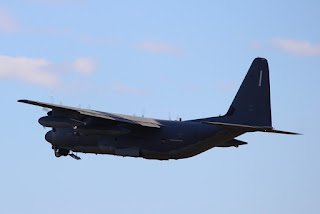 Another RAAF aircraft to be spotted visiting Rockhampton Airport during the afternoon on Saturday 15 July was Canadair CL-600-2B16 Challenger 604 bizjet A37-001 which looked to arrive from and later depart back to Canberra as "Regent 34". 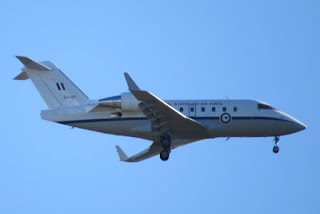 Finally, and slightly smaller, all three United States Army (US Army) (US Army Reserve Command) Beech C-12V Huron aircraft which appear to be based at Townsville made the journey South to Rockhampton Airport and into Shoalwater Bay over the course of the weekend.  Pictured departing to Townsville on Sunday 16 July is 95-00091 flying as "Pat 91". 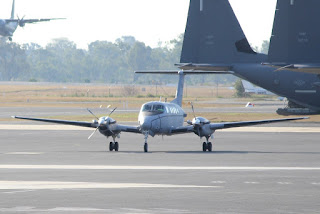 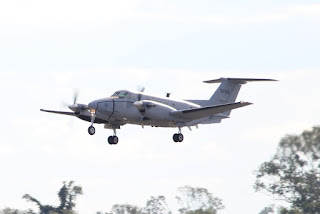 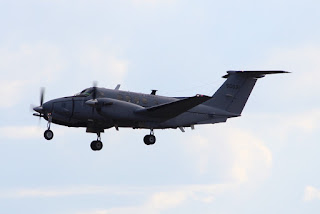 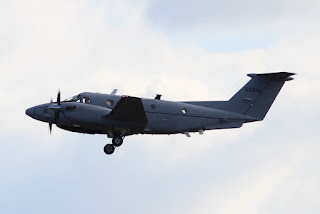 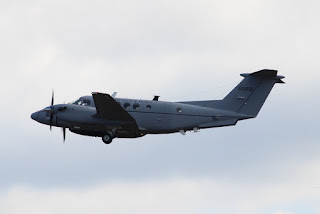 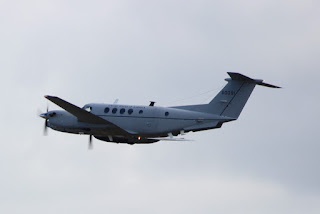 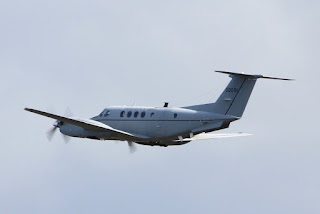 While Royal Australian Air Force (RAAF) Beech B350 Super King Air A32-339 continues to call into Rockhampton Airport on a daily basis as "Beaufort 02" flying between Townsville and RAAF Base Amberley.

Photos taken by Daniel Bishop and Kayanne Hardsman  ©
Posted by Damian F at 8:00 AM