For the second night in a row, Singapore Airlines Airbus A330-300 9V-SSH touched down at Rockhampton Airport late on Monday 28 September as SIA8931 direct from Singapore's Changi Airport.  It later departed back to Changi as SIA8932.

Local plane spotters Kayanne H and 'IAD' were also amoungst the crowd of onlookers at Rockhampton Airport the previous evening on Sunday 27 September when 9V-SSH made its first visit and they have also kindly shared some of their photos. 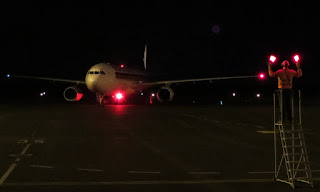 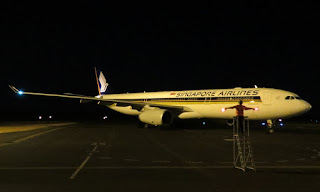 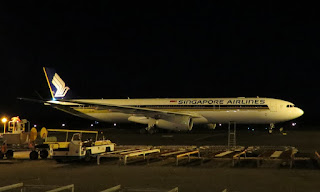 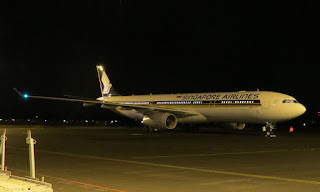 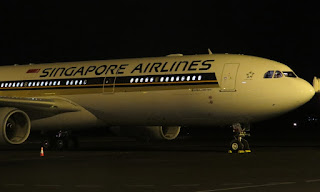 This first 'wave' of heavy jet passenger charters into Rockhampton Airport, in support of the Singapore Armed Forces Exercise Wallaby 2015, will conclude later today on Tuesday 29 September with an Air New Zealand Boeing B767-300 (with Winglets) expected to call into Rocky also from Singapore.

It is also expected that on Wednesday 30 September, the Antonov Airlines (Antonov Design Bureau) AN-124 UR-82029 will return to Rockhampton Airport carrying more Republic of Singapore Air Force (RSAF) helicopters to participate in Exercise Wallaby 2015.

Thanks Kayanne and 'IAD' for taking the time to capture and send through these great photos!

Photos taken by Kayanne Hardsman and 'IAD'  ©
Posted by Damian F at 6:00 AM