On Monday 7 September, Royal Australian Air Force (RAAF) Boeing B737-7DF(BBJ) A36-002 was spotted on the ground at Bundaberg Airport after earlier arriving from the South as "Envoy 66". 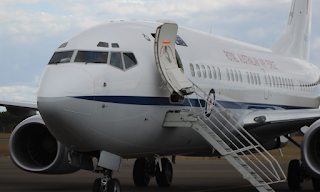 Operating what looked to be a training flight, the RAAF BBJ - which is operated by 34 Squadron at Canberra - was spotted packing its set of air-stairs away and departing further to the North. 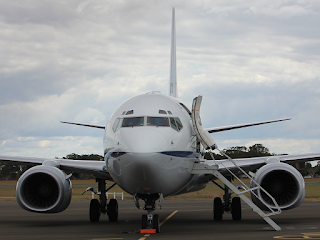 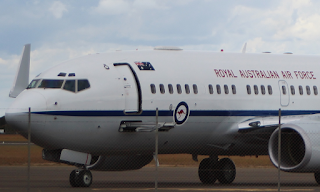 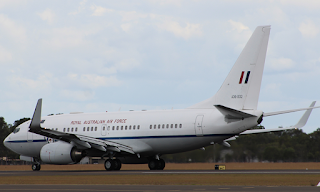 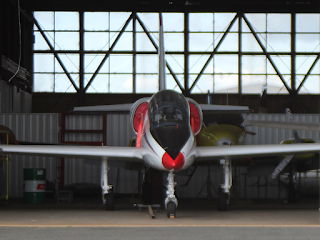 And finally it appears that Careflight Agusta A109E Power VH-ZCF has again taken up residence at Bundaberg Airport operating med-evac flights throughout the region.

The Agusta is possibly back in town replacing a fellow Careflight Kawasaki BK117 B-2 helicopter which usually operates out of Bundaberg Airport.

Sincere thanks to Tom H who captured and sent through these great photos from Bundaberg!

All photos taken by Tom Houghton  ©
Posted by Damian F at 9:03 PM