It's almost time for Rockhampton and Central Queensland plane spotters to get excited once again as the Singapore Armed Force's Military Exercise Wallaby 2015 is due to start in just over a week, with Rockhampton Airport again being the staging point for several Republic of Singapore Air Force (RSAF) aircraft and helicopters. 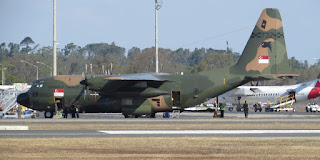 And the action has started on Thursday 17 September with the first RSAF visitor in the form of Lockheed C-130H Hercules '732' touching down from Darwin as "Singa 9597". 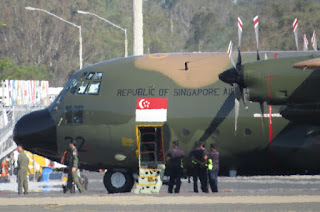 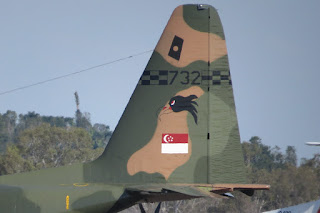 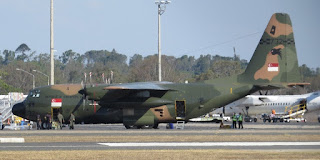 Rockhampton Airport will soon be a hive of activity as several RSAF Super Puma, Apache and Chinook helicopters will again take up residence and operate sorties to the nearby Shoalwater Bay Training Area (SWBTA).  And this year, it is reported that RSAF General Dynamics (Lockheed Martin) F-16 fighter jets will again take part in Exercise Wallaby, also operating daytime, and spectacular nighttime sorties also into Shoalwater Bay. 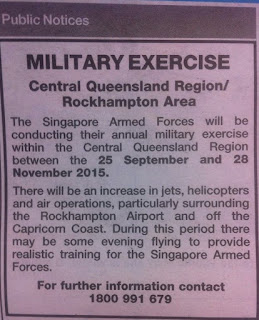 Stay tuned to the CQ Plane Spotting for all the latest news and photos of Exercise Wallaby at Rockhampton!

Thanks to local plane spotter Kayanne H for sending through these great photos from today!

All photos taken by Kayanne Hardsman  ©
Posted by Damian F at 9:35 PM