There has been some more great bizjet action over at Hamilton Island Airport with the visiting TAG Aviation (UK) Bombardier BD-700-1A10 Global Express G-GOYA departing to Darwin and Singapore (Changi) Airport on Saturday 26 September. 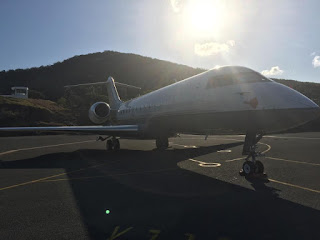 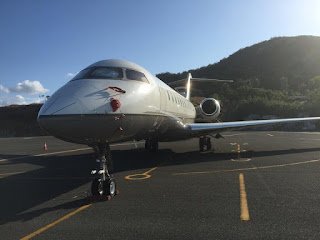 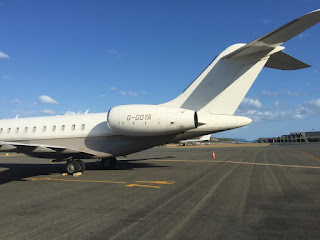 It had arrived midway through the previous week.

Also arriving at Hamilton Island Airport on Saturday 26 September was Shortstop Jet Charter British Aerospace BAe-125-1000B VH-LMP.  The frequent visitor touched down once again from its Melbourne (Essendon) base.

One other interesting movement on Saturday 26 September was QantasLink (Cobham Aviation) Boeing B717-200 VH-NXM which operated a return flight from and back to Brisbane as QJE1722/1723.

It's worth noting that on Sunday 27 September, Brenzil Dassault Falcon 7X VH-CRW was finally due to Hamo for Brisbane having arrived from there over a week ago.

Finally, back on the mainland at Mackay Airport, locally-based Embraer EMB-550 Legacy 500 N142GZ returned to Mackay from Sydney on Saturday 26 September.  It had departed Mackay back on Sunday 20 September.