Local plane spotter Kayanne H has sent through a great selection of photos she captured on Saturday 26 September as Antonov Airlines (Antonov Design Bureau) AN-124 UR-82008 (designated AN-124-100) touched down at Rockhampton Airport. 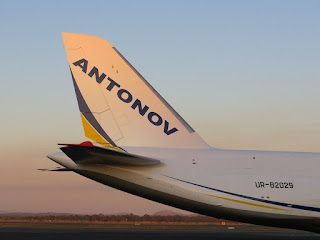 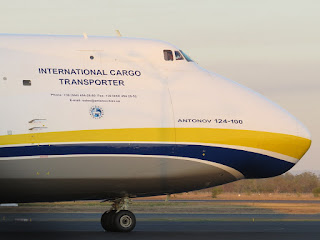 As we reported below, the giant AN-124 "Ruslan" arrived at Rockhampton as ADB1474 direct from Paya Lebar Air Base in Singapore.  It parked on Gate 6 at the Southern end of the Rockhampton Airport apron where it unloaded a pair of Republic of Singapore Air Force (RSAF) Boeing CH-47SD Chinook helicopters - identified as 88191 and 88195. 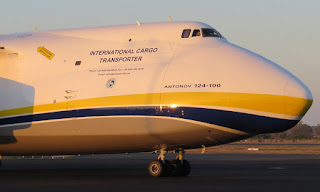 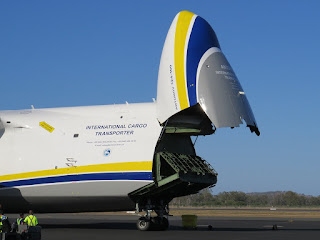 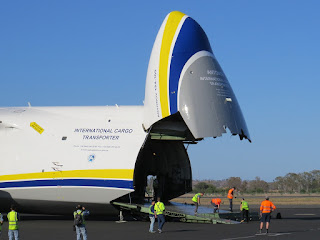 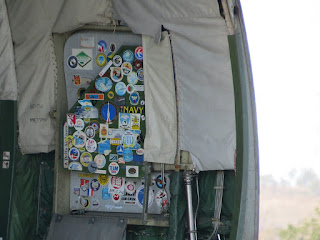 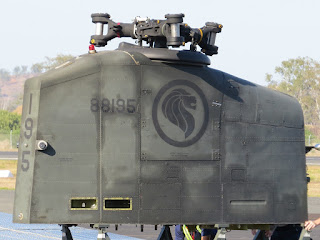 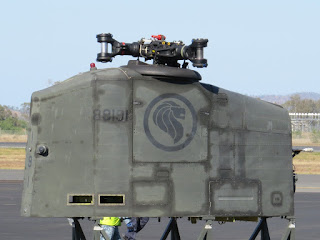 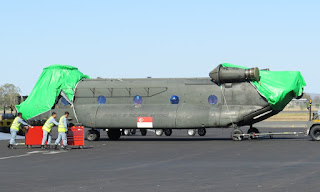 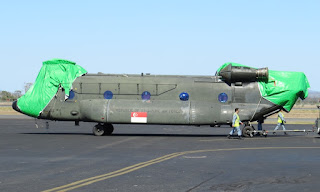 Word is that the Antonov will return to Rockhampton Airport before dawn on Wednesday 30 September to deliver five RSAF Boeing AH-64D Apache helicopters.

Thanks to Kayanne - and all the other Rockhampton plane spotters - for sharing with us their images of the Antonov!

All photos taken by Kayanne Hardsman  ©
Posted by Damian F at 7:51 AM