As we've posted on our Facebook page, the Qantas Founders Museum based at Longreach Airport has shared some great photos of some great aircraft to visit the Central West during the week, most notably 'The Roulettes' - the Royal Australian Air Force (RAAF) elite formation aerobatic display team - which have been based at Longreach Airport while performing nearby at Winton for their Outback Festival. 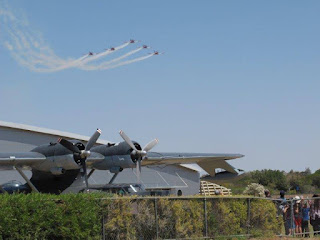 On Friday 25 September, after one final display at Winton, six Pilatus PC-9/A's of The Roulettes departed Longreach for the Whitsunday Airport at Shute Harbour where they will be one of the star attractions at this weekend's Airlie Beach Airshow. 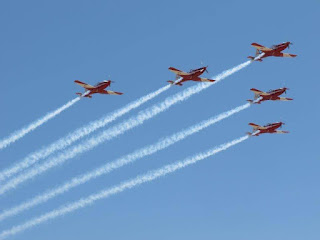 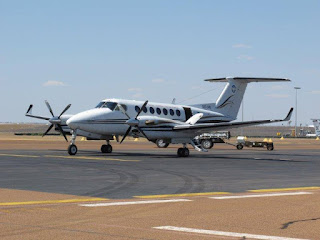 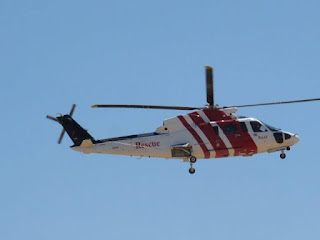 Also spotted on the ground at Longreach on Friday 25 September was RAAF Canadair CL-600-2B16 Challenger 604 bizjet A37-001 which brought Deputy Prime Minister Warren Truss to Longreach presumably from Maryborough to launch federally-funded upgrades to the Stockman's Hall of Fame in Longreach. 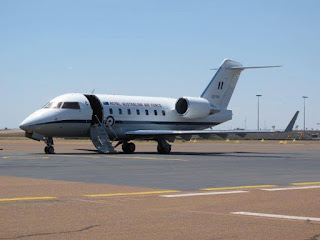 And speaking of the Stockman's Hall of Fame, a concert featuring superstar Australian singers brought a pair of Alliance Airlines Fokker F-100 jets to Longreach Airport also on Friday 25 September. 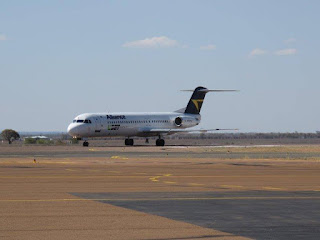 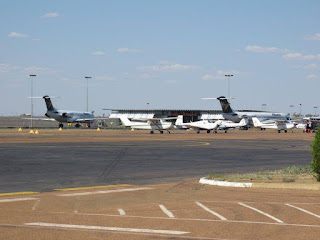 F-100s VH-FKG (UTY552) and VH-FKA (UTY570) both touched down from Brisbane carrying full loads of concert goers from all over Australia to not only attend the concert but show their support to Longreach in these times of severe drought in the Central West.  The Longreach Horse Races are also on over the weekend, and it looks to be a huge day out to celebrate the 125th anniversary of the Longreach races.