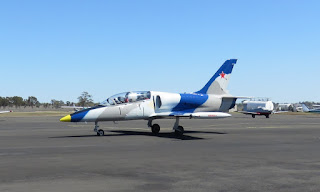 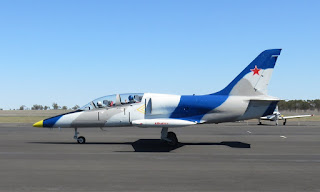 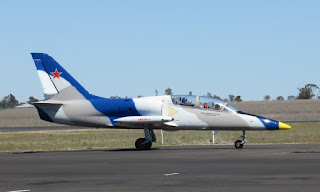 VH-LCJ called into Roma for fuel while flying from its Bathurst home to the Whitsunday Airport at Shute Harbour where it is due to be part of the Airlie Beach Airshow over the weekend. 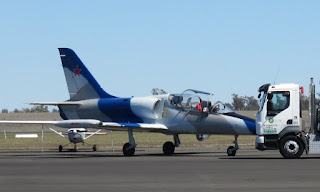 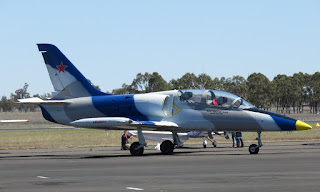 I'm told VH-LCJ will return South to Bathurst again via Roma on Tuesday 29 September - certainly a sight worth seeing!

Of interest, FastJet Adventure Flights 'other' Aero Vodochody L-39C Albatross VH-NLD which has also made regular visits to the Whitsunday Airport at Shute Harbour continues to be stored at Bundaberg Airport awaiting its next flight - possibly operating joyflights in the Bundy area - or in another location - possibly Toowoomba.

Meanwhile, also on Friday 25 September, Graham captured a couple of nice photos of the locally-based Careflight Bell 412EP VH-XCI as returned to Roma Airport from a local flight. 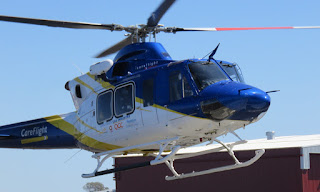 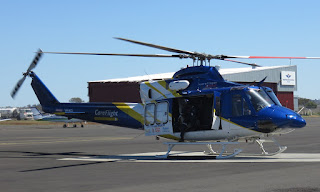 Finally, on Wednesday 23 September, Graham captured a couple of great photos of an unidentified Nanchang CJ-6 as it called into Roma Airport for fuel. 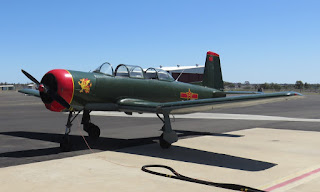 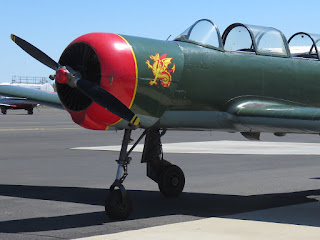 I am none-the-wiser to its identity - any takers?

Sincere thanks to Graham for taking the time to capture and send through these awesome photos!