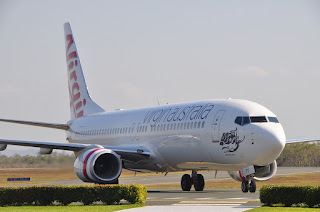 VH-YFT was delivered to Virgin Australia in early September and has only entered service last week.  It wears the name "Admirals Arch". 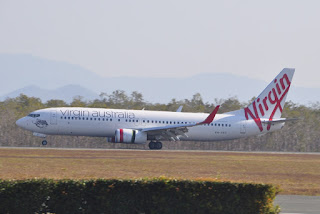 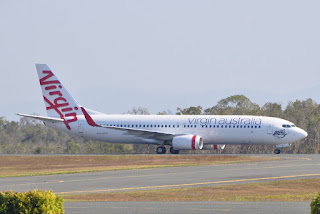 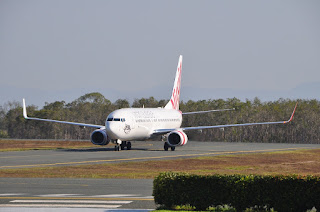 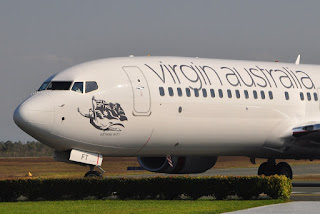 It was initially noted departing Rochampton Airport operating the VOZ1238 service to Brisbane.  I then captured VH-YFT touching down at Proserpine (Whitsunday Coast) Airport as it operated the VOZ1117 service from Brisbane. 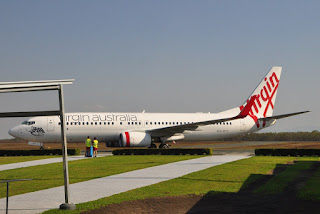 I do really enjoying capturing a new registration in CQ!
Posted by Damian F at 8:47 PM