2015 Steadfast Foundation Outback Air Race (SOAR) Ends at Hamilton Island and Raises over $500,000 for the RFDS!

After taking off from the small Western Australia town of Esperance around a fortnight ago, the 2015 Steadfast Foundation Outback Air Race (SOAR) has wrapped up with some 26 aircraft touching down at Hamilton Island Airport on Friday 4 September, concluding the final flight leg from Cooktown in Far North Queensland.

We popped over the Hamilton Island on Saturday 5 September to try to capture some photos of the participants but found them parked in their own designated area on the 'other side' of the Airport.

We were however, lucky to capture a couple of the participants as they departed on their return journeys. 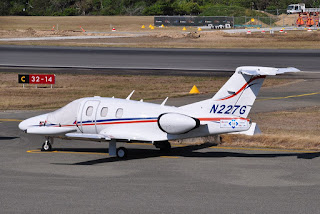 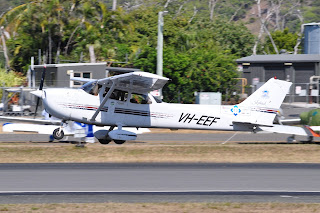 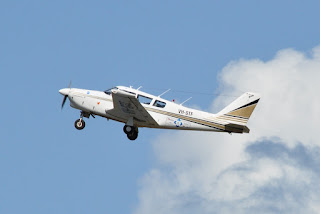 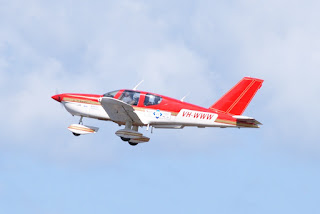 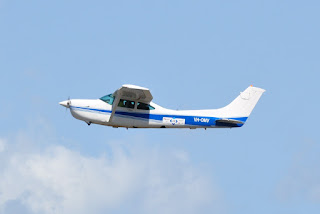 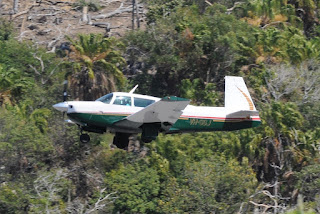 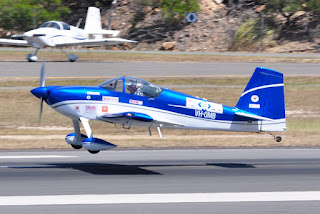 Most of the 26 participants in the event, which ran from Sunday 23 August to Friday 4 September, covered almost 8,000km over the two weeks and in total churned through more than 27,000 litres of fuel.

However, the most significant news is that the 2015 Steadfast Outback Air Race has raised in excess of $560,000 for the Royal Flying Doctor Service (RFDS). The Treasurer of the Race Committee, Stuart Payne, announced the figure to racers and guests at the finish party on Hamilton Island last Friday night.

This fundraising figure is far in excess of all race events before it, with participants and sponsors both contributing to this result.

The Outback Air Race Committee paid special thanks to their event naming rights supporter Steadfast Foundation, major sponsors The Classic Safari Company and Summit Fleet and Leg Sponsors. A special mention to Lawson Grains who not only contributed corporate funds as a leg sponsor, but also continued to raise funds as individuals, raising an incredible $53,000!

The fundraising total is almost double the total from the previous event and takes the total raised by the Outback Air Race since the inception in 1996 to $2,060,000.  Even better, the figure is expected to climb even further as additional donations are received and accounts finalised.

The RFDS is one of Australia’s most recognised charities, both domestically and internationally.  In 2014 Financial Year, the RFDS made a daily average of 773 patient contacts, 148 patient transports and flew 72,358 kilometres. Last year, it ran 16,096 healthcare clinics, operated 63 aircraft, 22 bases, 5 health facilities and had 1,144 full-time equivalent staff.

It has provided a ‘mantle of safety’ for rural communities for 86 years. In this important work the RFDS is funded by the Federal Government. However, despite growing demand for services, RFDS funding levels remain significantly unchanged since 2006.

You can check out some great photos and other highlights of the entire race on the SOAR website:  http://www.outbackairrace.com.au/
Posted by Damian F at 7:00 AM