A couple of interesting Royal Australian Air Force (RAAF) aircraft were spotted performing airwork in the skies above Rockhampton Airport on Tuesday 1 September. 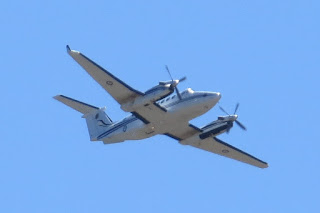 It is believed that RAAF Boeing C-17A Globemaster III A41-211 conducted a missed approach at Rockhampton Airport as "Stallion 31".  It was seen departing to the South. 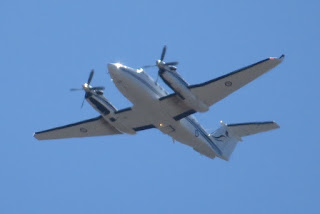 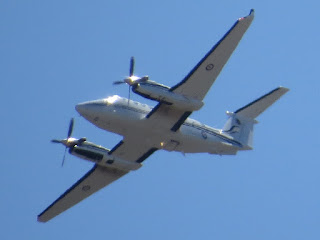 A32-439 - flying as "Dingo 57" - initially departed from Townsville and conducted some airwork at Mackay Airport before heading to Rocky.  After completing its airwork at Rockhampton, "Dingo 57" departed South to RAAF Base Amberley.

All photos taken by Kayanne Hardsman  ©
Posted by Damian F at 10:05 PM