Antonov Airlines (Antonov Design Bureau) AN-124 UR-82029 Returns to Rockhampton Airport - Maybe for a Long Stay!

Four men and a dog ventured out to Rockhampton Airport at the un-Godly hour of 2.46am on Wednesday 30 September to watch the mighty Antonov Airlines (Antonov Design Bureau) AN-124 UR-82029 (designated AN-124-100) touch down as ADB1476 direct from Paya Lebar Air Base in Singapore. 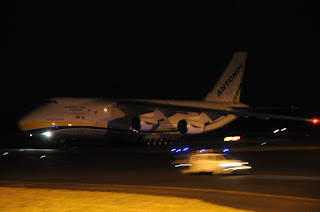 It then taxied and parked on Gate 6 at the Southern end of the Rockhampton Airport apron where its cargo of five Republic of Singapore Air Force (RSAF) Boeing AH-64D Apache helicopters was unloaded. 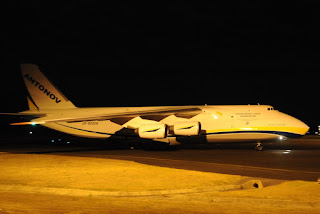 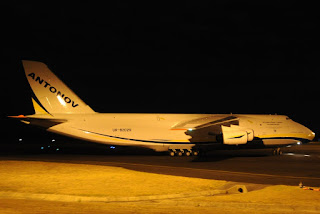 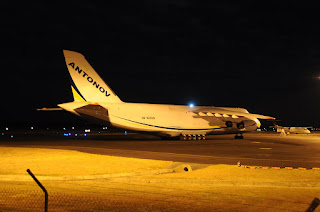 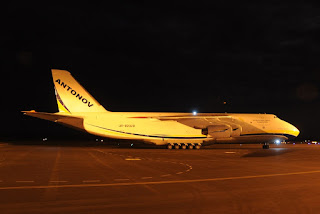 Returning to Rockhampton Airport a little later in the morning, I noted three of the Apaches were parked alongside the smaller cross Runway 04/22 while the other two were nearby to the two RSAF Boeing CH-47SD Chinook helicopters which were delivered to Rocky by UR-82029 during the previous week. 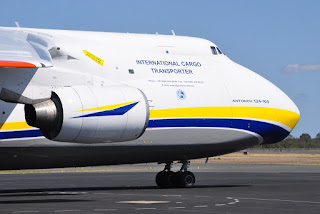 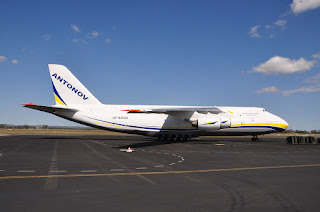 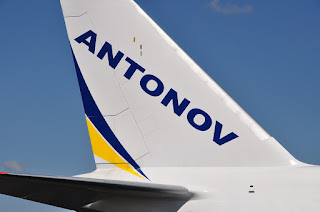 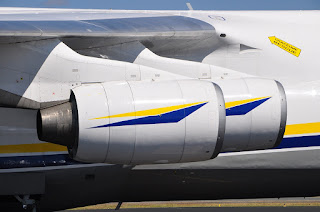 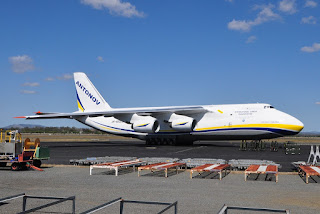 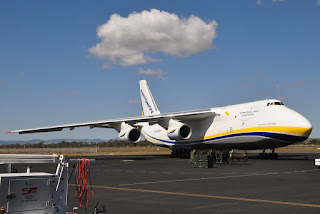 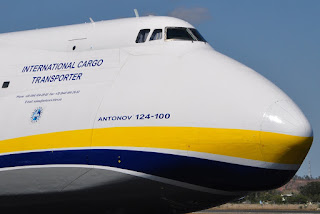 Of interest, the rotar blades were being placed back on the Chinooks so I'd suggest that they will start flying very soon.  In fact, by the end of this week, I would anticipate that all the RSAF helicopters deployed to Rockhampton will be flying for Exercise Wallaby 2015. 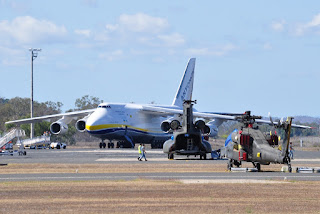 Meanwhile, a much anticipated departure time for the Antonov is not confirmed at this stage with one report suggesting a departure at 4am on Sunday 4 October so it may on the ground for a short while! 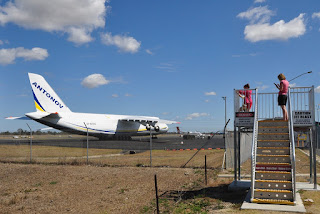 There is plenty of opportunity to catch a glimpse on UR-82029 from the magnificent viewing platform near the Qantas Freight shed at the Southern end of Rockhampton Airport.
Posted by Damian F at 9:30 PM