On Tuesday 22 September the run of Virgin Australia jets into Gladstone Airport continued with Embraer E-190s VH-ZPA and VH-ZPB calling in during the day - along with a surprise B737-800 arrival later in the evening. 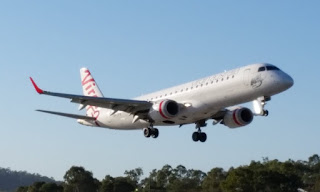 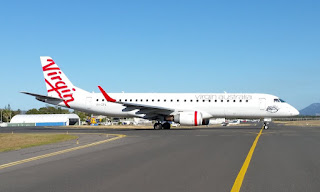 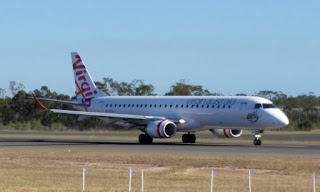 While VH-ZPB operated two return services to the port city. 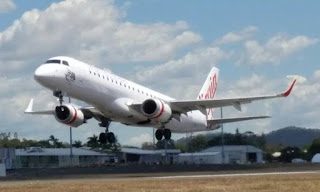 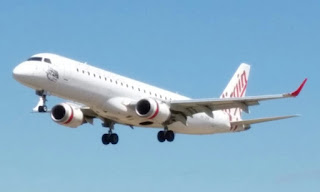 Virgin Australia Regional Airlines (VARA) ATR 72s VH-FVU and VH-VPI also made appearances at Gladstone during Tuesday 22 September, however the 'usual' ATR 72 service that remains overnight did not stay.

As a result, Virgin Boeing B737-800 VH-YFE was diverted to Gladstone to drop off affected passengers while operating the evening VOZ795 flight that usually flys directly from Brisbane to Cairns.


After about an hour on the ground, VH-YFE continued Northbound to Cairns.

Photos taken by Col and Michael Fleetwood  ©
Posted by Damian F at 11:06 AM