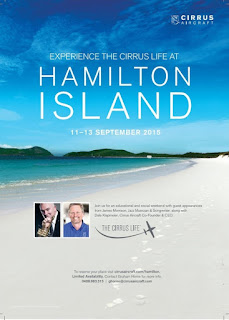 There are reports that as many as 40 Cirrus aircraft are heading to Hamilton Island.  Flight tracking website Flighaware indicates that at least 30 SR20 and SR22 aircraft have touched down from all over Queensland and Northern New South Wales.  One such visitor is the SR22 Australis N7YT which - as we posted below - passed through Rockhampton Airport on the way to Hamo on Wednesday 9 September. 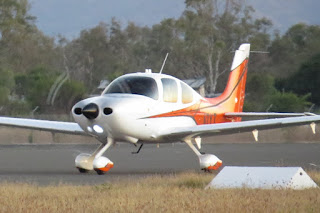 Other Cirrus aircraft including Flight One (Services) Cirrus SR22s VH-VGG and VH-FOH have also arrived. 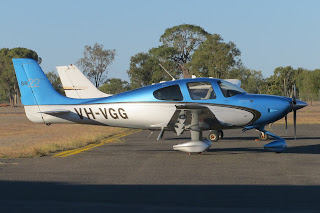 As has former Cirrus SR22 demonstrator VH-YDA - which is now based in Victoria - touching down from Melbourne (Moorabbin), Mudgee and the Sunshine Coast late on Friday 12 September. 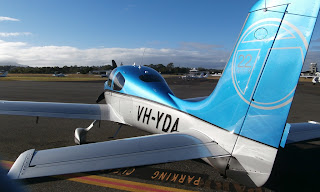 It would certainly be a remarkable sight!

Email ThisBlogThis!Share to TwitterShare to FacebookShare to Pinterest
Labels: Cirrus, Hamilton Is, Rockhampton