A spectacular sight in the skies above Rockhampton Airport on Tuesday 22 September with Royal Australian Air Force (RAAF) Boeing B737-7ES / E-7A Wedgetail Airborne Early Warning & Control (AEW&C) aircraft A30-002 performing a missed approach onto Runway 15.  It was heard to be using the radio callsign of "Wedgetail 02". 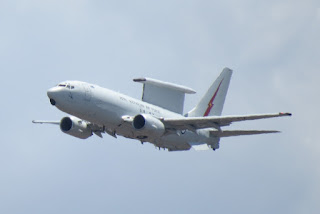 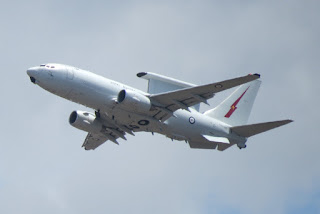 And if you look a little more closely, the Wedgetail has recently had a nice piece of artwork applied to it with a magpie bird painted on its nose.  The magpie is part of the crest of No. 2 Squadron of the RAAF, which operates all six Wedgetails from RAAF Base Williamtown, with a detachment also in Darwin. 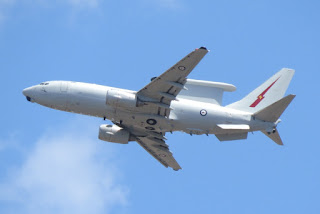 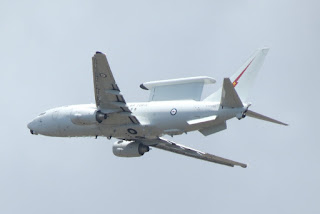 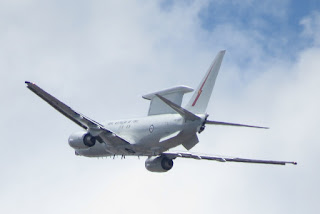 A30-002 has been the 'public face' of No. 2 Squadron's operations in Iraq during Operation Okra - the Australian Defence Force's contribution to the international effort to combat the ISIL terrorist threat in Iraq.

Thanks to local plane spotter 'IAD' who captured these great photos!