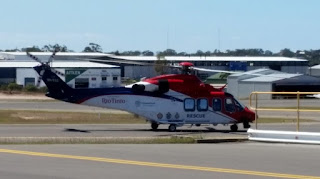 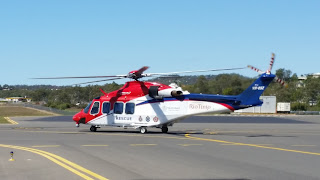 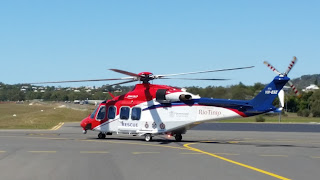 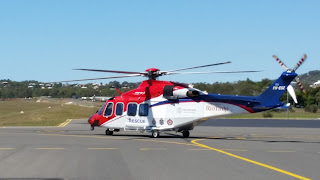 I've since seen that VH-ESB has now taken up the well known Brisbane-based radio callsign "Rescue 500" and is operating med-evac flights in the South-East corner.

In fact research reveals that VH-ESZ has ferried North as a part of a 'rotational system' designed to ensure the even distribution of flying hours on each of the QGAir Rescue helicopters, thus avoiding the need to have multiple helicopters offline for simultaneous scheduled maintenance.

Of interest, Queensland Government (QGAir) Rescue Bell 412 VH-ESD has been noted flying into Proserpine and Proserpine Hospital over the last week from Townsville where it is now based.