Local plane spotter Kayanne H was at the right place at the right time - three times over - as a pair of Australian Defence Force (ADF) helicopters and a Royal Australian Air Force (RAAF) B737BBJ visited Rockhampton Airport on Tuesday 8 September.

The first visitor captured by Kayanne was Royal Australian Navy (RAN) marked MRH-90 Multi-Role Helicopter A40-021.  It was using the unusual callsign of "Checker 03" and called into Rocky from the South. 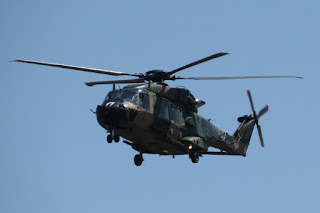 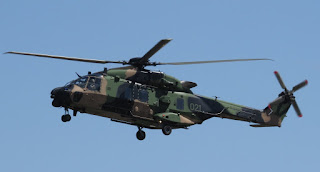 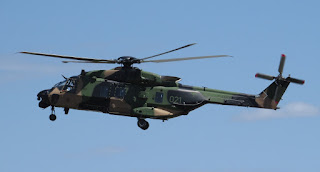 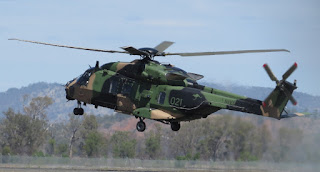 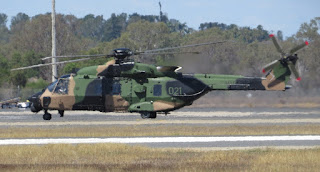 After taking on fuel, A40-021 departed North to Townsville.

Then, as Kayanne was preparing to head home, Australian Army Sikorsky S-70A-9 Blackhawk Helicopter A25-101 called up and touched down at Rockhampton Airport from Townsville. 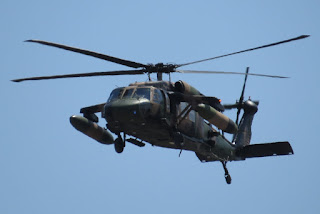 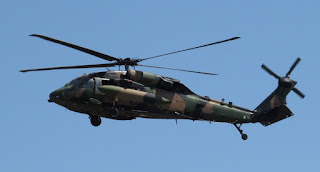 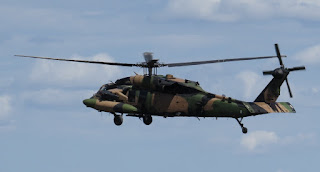 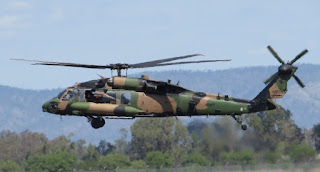 A25-101 is (I think) the final of five Blackhawks that have been based at Townsville over recent weeks on what I believe to be an Exercise of some sort.  A25-101 was using the radio callsign of "Redback 101" and departed South to RAAF Base Amberley.

Finally, during the afternoon on Tuesday 8 September, Kayanne captured a quick photo of Royal Australian Air Force (RAAF) Boeing B737-7DF(BBJ) A36-002 which had earlier flown into Rockhampton Airport from the South as "Envoy 66". 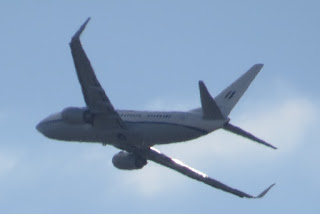 A36-002 was spotted at Bundaberg Airport on Monday 7 September - see Blog post below - and appears to be continuing a series of training flights.  The BBJ reportedly spent around 30 minutes on the ground at Rockhampton before returning to the South.

Thanks to Kayanne for taking the time to capture and send through these awesome photos!  It continues a great run of Australian military movements into Rocky!

All photos taken by Kayanne Hardsman  ©
Posted by Damian F at 7:45 PM