An interesting arrival in Hervey Bay (Fraser Coast) Airport on Thursday 17 September was Alliance Airlines Fokker F-100 VH-FKA which flew in from Brisbane as UTY580. 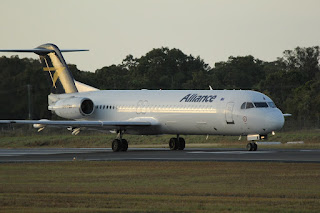 It was then capture by local plane spotter Ben M departing Hervey Bay flying directly to Sydney as UTY581. 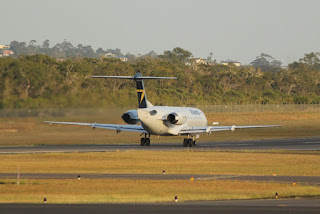 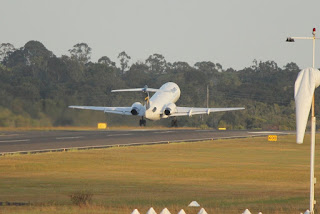 After sitting at Sydney all day, VH-FKA then returned to Hervey Bay in the early evening on Thursday 17 September as UTY582 before positioning back to Brisbane as UTY583.

I am none-the-wiser of the reason for the charter flight except that it provided Hervey Bay Airport with an unusual but very welcome visitor on Thursday!