The run of visiting Virgin Australia Embraer E-190 jets into Gladstone Airport on scheduled services from and back to Brisbane has continued with VH-ZPB visiting twice on Sunday 13 September. 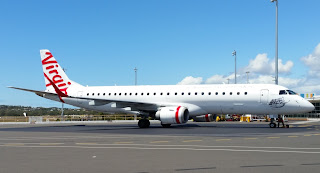 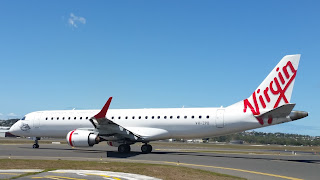 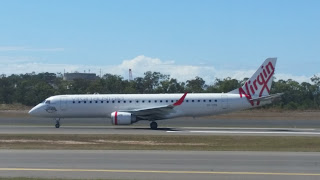 It then called back into Gladstone Airport late on Sunday 13 September operating the VOZ1717/1720 service again from and back to Brisbane. 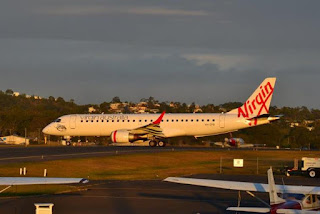 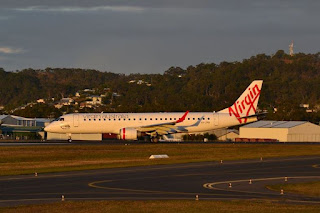 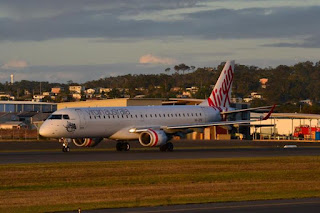 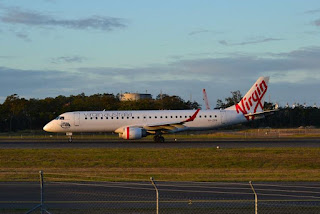 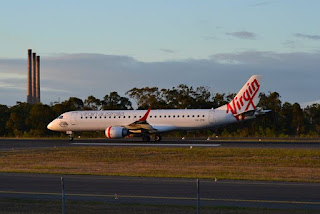 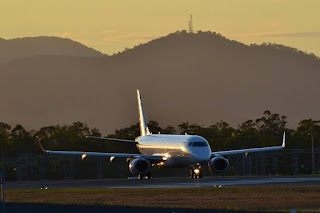 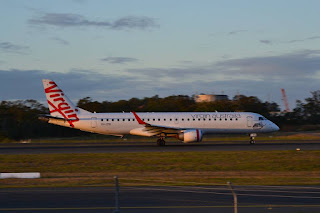 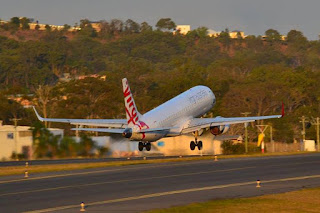 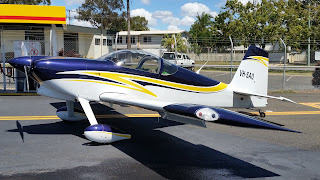 Col also captured a couple of photos of Gladstone Helicopters / Helireef Eurocopter EC135 P2 helicopter VH-ZGZ as it departed on a local flight, no doubt on another pilot transfer to Gladstone Harbour. 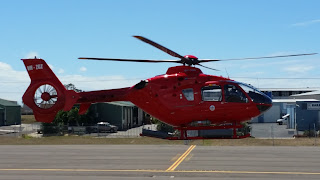 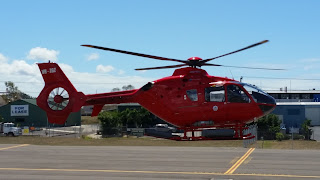 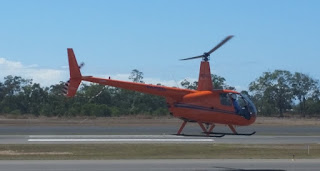 Finally, local plane spotter Anthony S was on hand late on Sunday 13 September and captured some nice photos of QantasLink (Cobham Aviation) Boeing B717-200 VH-NXR as it touched down in the late afternoon light as QJE1716. 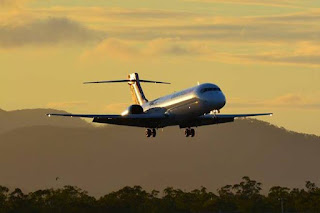 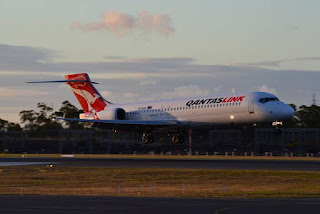 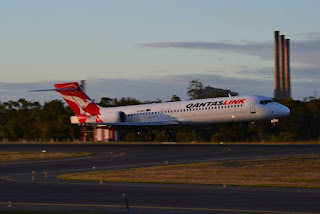 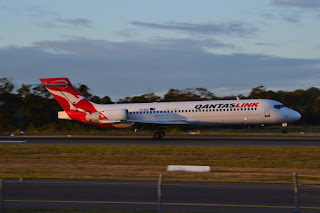 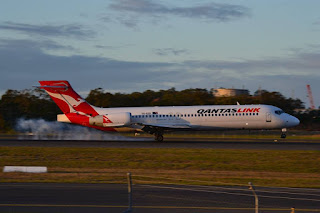 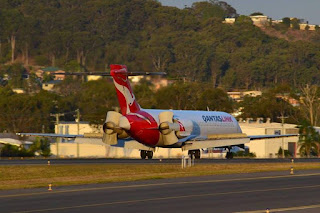 Sincere thanks to Col and Anthony for taking the time to capture and send through these great photos!

Photos taken by Col and Anthony Schulz  ©
Posted by Damian F at 8:17 PM