The lovely sight of a Royal Australian Air Force (RAAF) Lockheed AP-3C Orion - which has been identified as A9-664 - was captured in the skies above Rockhampton late on Monday 7 September by local plane spotter Kayanne H as it headed to Rockhampton Airport where it reportedly completed a 'touch-and-go' training exercise. 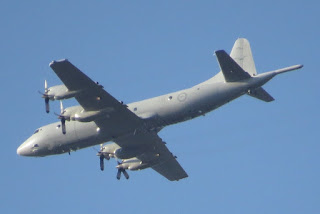 The Orion had earlier been seen approaching Bundaberg Airport where it reportedly conducted a missed approach.  From Bundy, it overflew Gladstone before completing its training at Rocky. 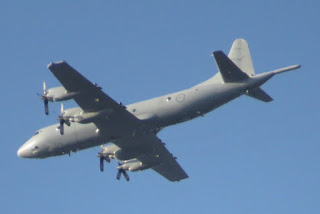 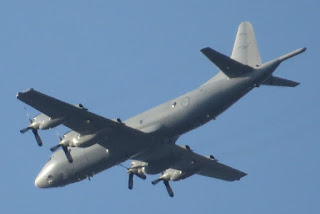 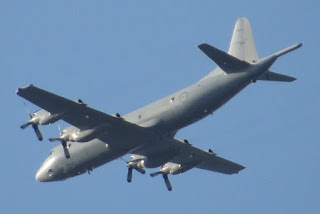 The Orion was heard to be using the radio callsign of "Striker 01", making from 10 Squadron based at RAAF Base Edinburgh, South Australia. From Rockhampton, the Orion headed North via Mackay to land at Townsville.

All photos taken by Kayanne Hardsman  ©
Posted by Damian F at 9:53 PM