McDermott Aviation Bell 214B-1 Biglifter helicopter VH-SUH is back at Gladstone Airport and was spotted departing on a flight on Tuesday 6 October. 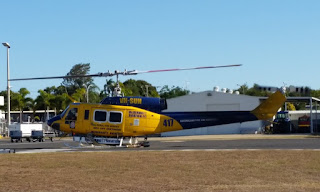 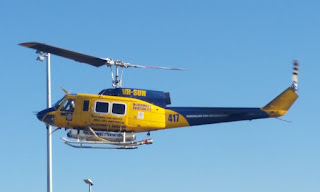 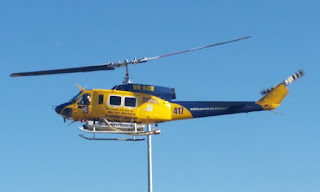 The big Bell - built in 1976 - has taken up the airborne fire fighting radio callsign of "Helitack 417". 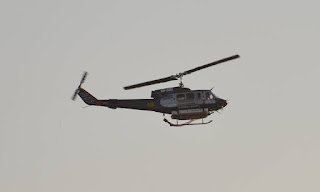 Also built in 1976, VH-SMI arrived from Bundaberg and later departed further Northbound.  It has since been noted flying around Townsville.  VH-SMI looks to have taken up the airborne fire fighting radio callsign of "Helitack 418".

Back at Gladstone Airport, a pair of Cessna 337G Super Skymaster aircraft that are utilised for fire-spotting flights, have been photographed on the ground visiting in between sorties.  Rockhampton-based R-Mach Aviation Cessna 337G VH-JOE "Birddog 410" was spotted at Gladstone on Tuesday 6 October. 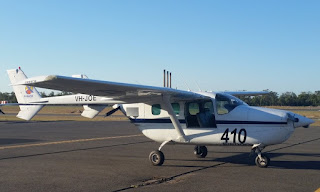 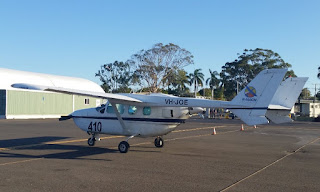 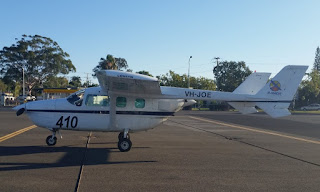 It is believed that VH-JOE continued further to the South and may have been 'replaced' by Cessna 337G of Archerfield-based Performance Aero's VH-JOC "Birddog 402" which was spotted passing through Gladstone Airport late on Wednesday 7 October.  It was later heard to call into Rockhampton. 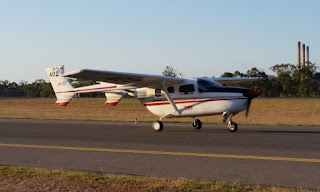 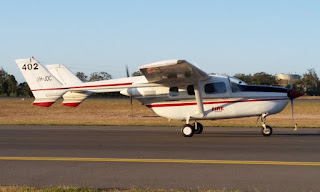 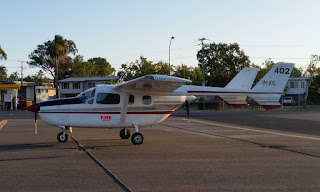 One final notable General Aviation (GA) movement through Gladstone Airport this week was the familiar sight of Corporate Aviation Bell 429 Helicopter VH-EQP which returned to its Southport base from Hamilton Island via Gladstone on Sunday 4 October.

Finally, Virgin Australia Embraer E-190 jets continue to call into Gladstone Airport on scheduled services from and back to Brisbane.  VH-ZPB was spotted operating as VOZ1713/1716 on Tuesday 6 October. 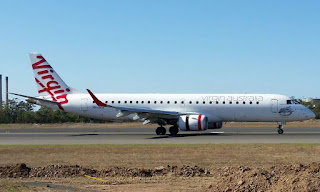 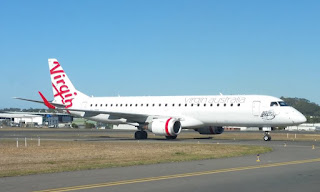 While VH-ZPG was spotted on Wednesday 7 October also operating as VOZ1713/1716. 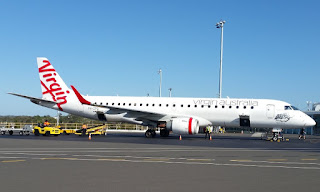 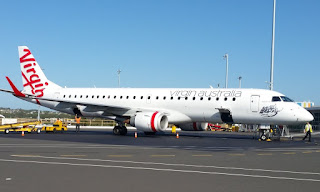 Photos taken by Michael Fleetwood and Col  ©
Posted by Damian F at 9:10 PM