On Tuesday 20 October, Republic of Singapore Air Force (RSAF) Lockheed C-130H Hercules '734' touched down at Rockhampton Airport for the second time in a week this time as "Singa 9577" from Darwin. 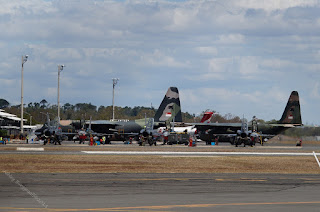 It sounds like the Herc brought personnel and equipment to Rocky in support of the Singapore Armed Force's Exercise Wallaby 2015.