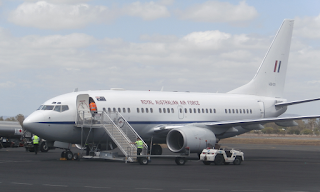 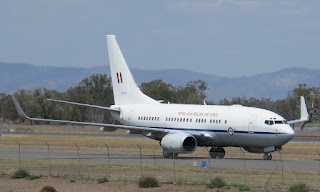 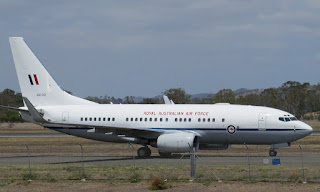 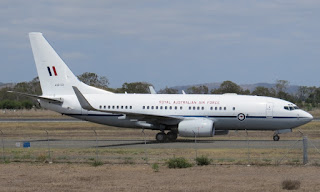 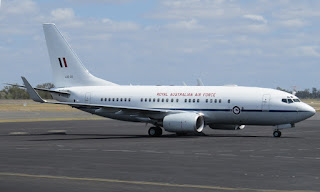 After parking on the Southern end of the Rockhampton Airport apron, a handful of passengers were noted hopping off A36-001 including several high-ranking officials and dignitaries of the Republic of Singapore Air Force (RSAF).   I'm told that the chief of the RSAF was photographed below - Major General Hoo Cher Mou. 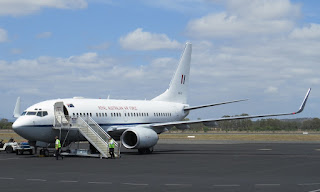 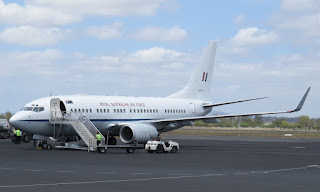 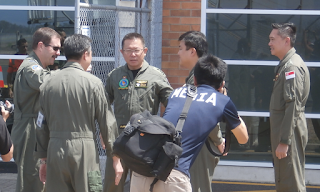 Meanwhile, while the RAAF BBJ was still on the ground several of the Republic of Singapore Air Force (RSAF) helicopters were noted departing to the Shoalwater Bay Training Area (SWBTA) along with Lockheed C-130H Hercules '735' which departed Rockhampton Airport once again as "Condor". 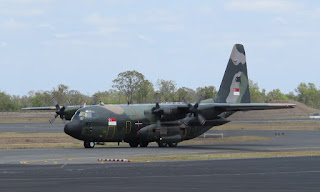 Eventually, A36-001 departed Rockhampton for Darwin, again as "Consort 55".


Some really great photos sent through by local plane spotters Kayanne H and Trevor H and we thank them sincerely for sending through them through!