A fast moving bushfire in the Mount Chalmers area near Rockhampton on Wednesday 28 October saw a number fire fighting aircraft and helicopters flying in and out of both Rockhampton Airport and the more local Hedlow Airfield. 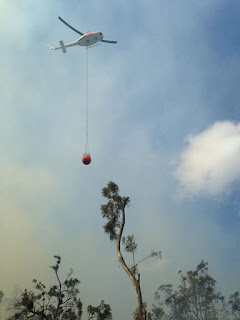 VH-SMI has been based at Gladstone Airport - where it is photographed above - and uses the radio callsign "Helitack 418".

Of the fixed-wing aircraft heard to be flying around the bushfires, a pair of Meandarra Aerial Spraying Air Tractor AT-802A fire bombing aircraft - VH-NFY "Bomber 426" and VH-LHW "Bomber 428" - were both heard assisting with the firefighting. 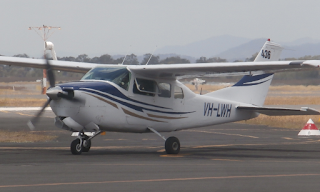 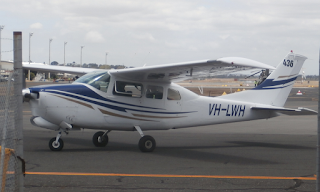