While she was at Rockhampton Airport on Saturday 24 October, local plane spotter Kayanne H was very fortunate to capture some great photos as five of the six Republic of Singapore Air Force (RSAF) F-16 fighter jets took to the air on sorties during the Singapore Armed Force's Exercise Wallaby 2015. 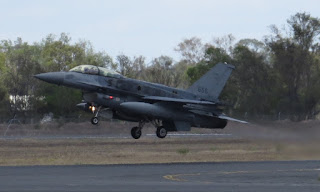 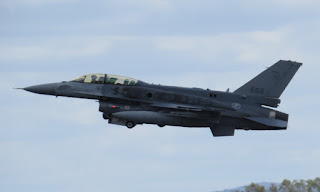 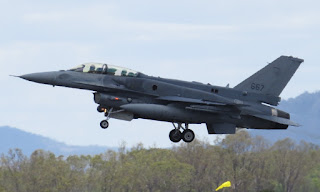 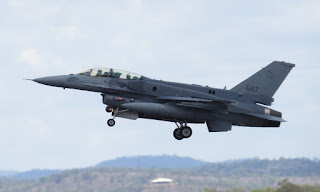 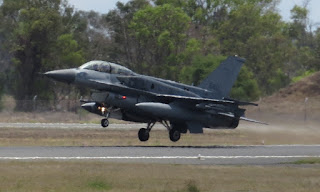 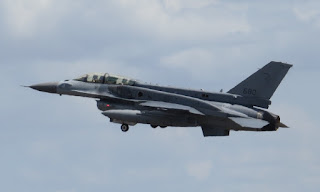 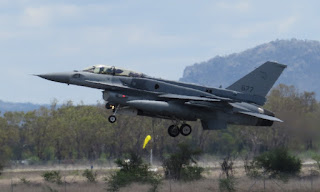 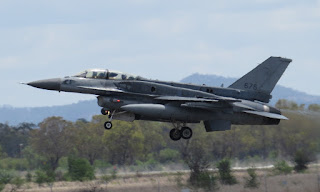 Each of the F-16s' sorties last for around one-and-a-half to two hours.  After returning, the F-16s usually land on Runway 15 and taxi back to their parking spots via a 'Hornet check' adjacent to the main terminal building.

At the time of writing, all six F-16s have this evening departed on sorties to Shoalwater Bay, the first time they have taken to air to fly sorties at night.  No doubt it was a spectacular sight as the F-16s afterburners lit up the evening sky as they departed from Rockhampton Airport!

Sincere thanks again to Kayanne for capturing and sharing these great photos!

All photos taken by Kayanne Hardsman  ©
Posted by Damian F at 9:30 PM