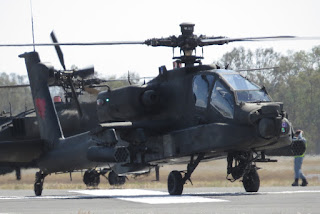 Local plane spotter Kayanne H was at the right place at the right time on Thursday 8 October as a flight of four Republic of Singapore Air Force (RSAF) Boeing AH-64D Apache helicopters departed from Rockhampton Airport on a flight to the Shoalwater Bay Training Area (SWBTA). 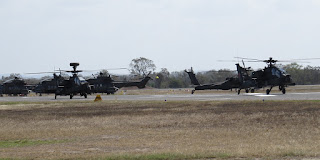 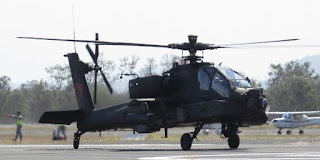 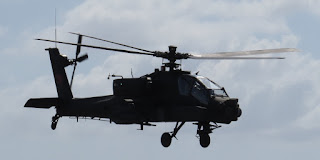 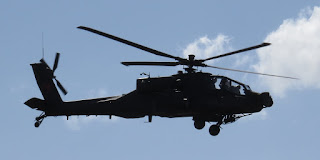 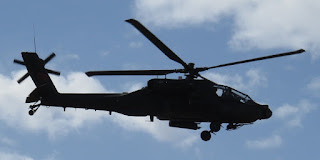 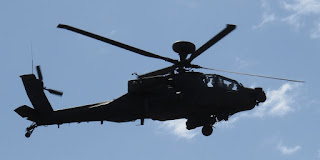 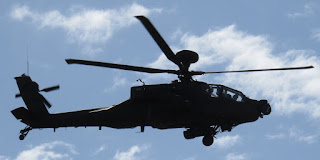 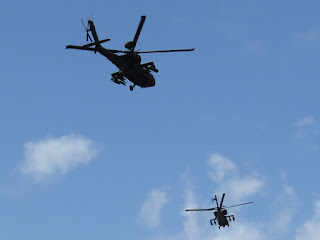 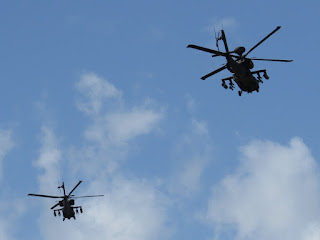 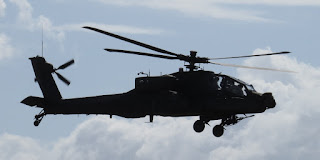 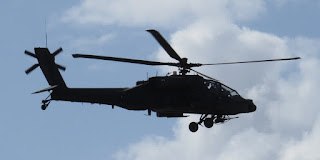 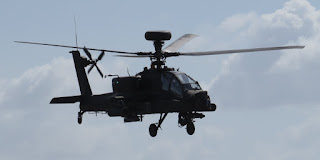 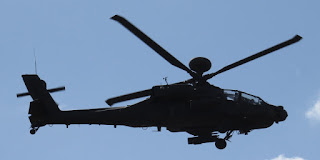 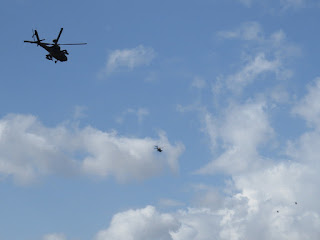 The four Apaches were heard to use the radio callsign of "Astro".

On their return from Shoalwater Bay, the four Apaches were noted to arrive at the Australian Army Defence Support Group (DSG) 'Camp Rocky' which is adjacent to Rockhampton Airport.  The RSAF has re-named the DSG as 'Warriors Camp' while they utilise the facility to launch and park their helicopters.

Also this week on Tuesday 6 October, local plane spotter 'IAD' was on hand to capture a couple of photos of RSAF Boeing CH-47SD 88191 as it operated one of its many test flights around Rockhampton Airport. 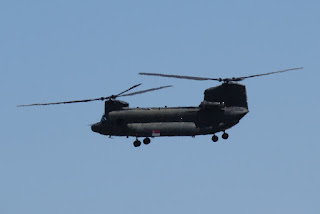 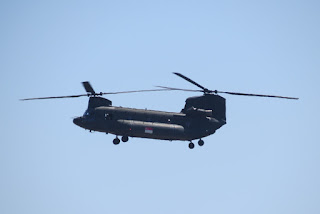 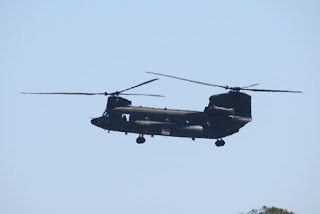 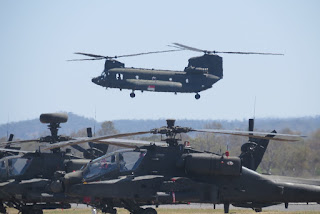 It was noted using the familiar radio callsign of "Cyclops".  I'm told the two RSAF Chinooks currently at Rockhampton Airport will move across to 'Warriors Camp' in the coming days.

Finally, flights of single RSAF Eurocopter / Aerospatiale AS332M Super Puma helicopters have been noted flying around Rockhampton and onwards to Shoalwater Bay.  They have been heard to be using the "Starling" callsign followed by number usually coinciding with their serial number.

Sincere thanks to Kayanne and 'IAD' for capturing and sending through these great photos of some great action around Rockhampton Airport - which will continue for several weeks to come!

Photos taken by Kayanne Hardsman and 'IAD'  ©
Posted by Damian F at 8:31 PM