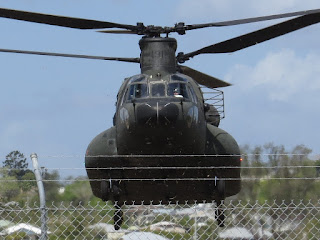 One notable movement during Friday afternoon was the re-positioning of RSAF Boeing CH-47SD Chinook helicopter - serial 88191 - from Rockhampton Airport to their new landing ground inside the Australian Army Defence Support Group (DSG) 'Camp Rocky' which is adjacent to Rockhampton Airport.  The RSAF has re-named the DSG as 'Warriors Camp' while they utilise the facility to launch and park their helicopters. 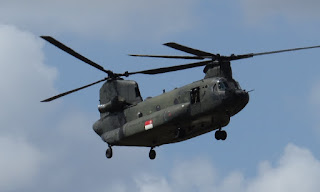 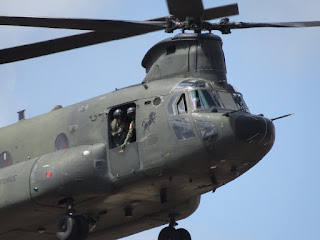 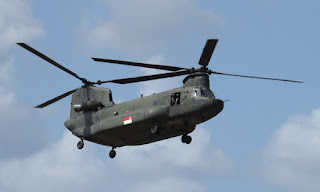 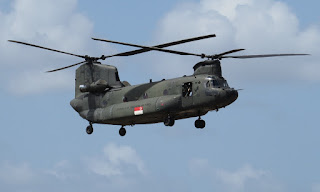 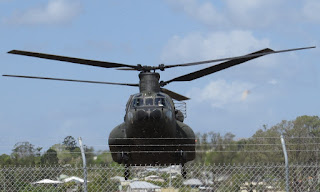 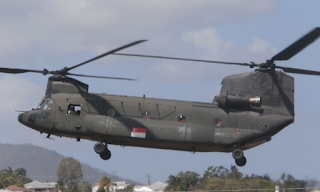 The big helicopter certainly kicked up a lot of grass and dust as it landed and then operated a series of hover and other test flights around 'Warriors Camp'.  88191 was heard to be using the radio callsign of "Cyclops 1" - and of interest, the other RSAF CH-47SD Chinook that has deployed to Rocky - 88195 - was also preparing to position across to 'Warriors Camp' as "Cyclops 2" but was noted returning to its parking position at Rockhampton Airport presumably with s serviceability issue.

Some more great photos taken by Kayanne and by Trevor and we thank them both sincerely for taking the time to capture and send them through for you to enjoy!