As mentioned below, local plane spotter 'IAD' ventured out to Rockhampton Airport during his lunch break on Friday 23 October and was very fortunate to capture some great Republic of Singapore Air Force (RSAF) action as the Singapore Armed Force's Exercise Wallaby 2015 kicked up into top gear.

In this post, we share some photos that 'IAD' captured as four of the six RSAF General Dynamics (Lockheed Martin) F-16D Block 52 Version Fighting Falcon jets that are currently based at Rockhampton Airport departed on sorties to the nearby Shoalwater Bay Training Area (SWBTA). 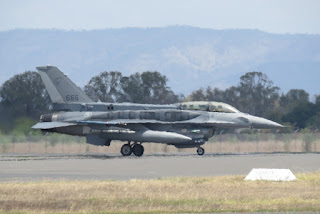 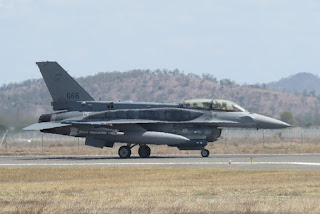 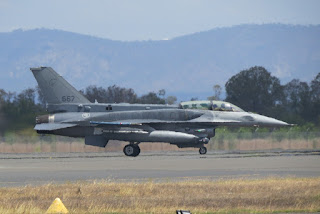 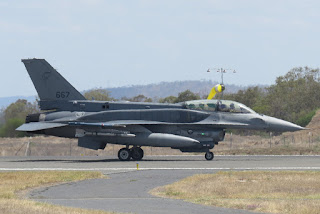 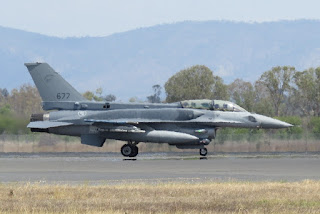 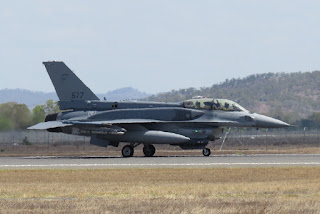 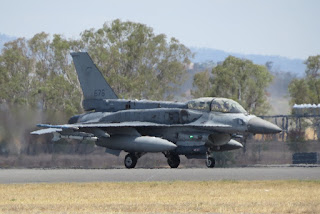 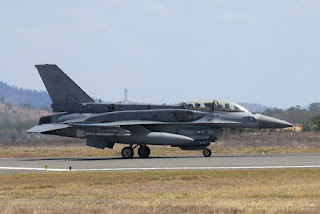 As we've mentioned below, all six F-16s are all flown by the RSAF's 145th Squadron out of Changi Air Base in Singapore - an attacking hornet is featured on the squadron badge. 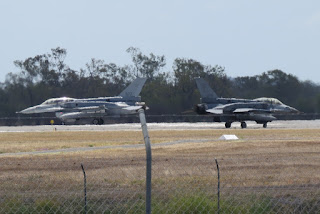 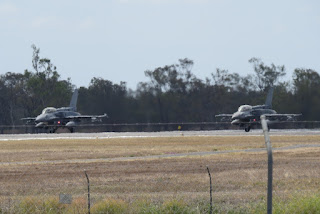 After 'IAD' had returned to work, the final two F-16s - '670' and '680' - also departed Rockhampton Airport for Shoalwater Bay and were heard to use the radio callsign of "Viper".

It was certainly a busy day for the RSAF with pretty much every aircraft and helicopter based at Rockhampton Airport and at nearby 'Warriors Camp' all taking to the air during the day and again into the evening.

Hoping for more over the weekend!

Sincere thanks again to 'IAD' for capturing and sharing these great photos!