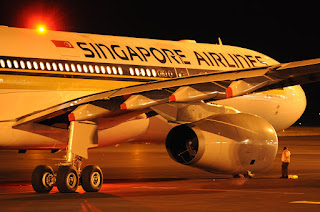 It was a lovely evening at Rockhampton Airport on Saturday 17 October as the second 'wave' of heavy jet charter flights in support of the Singapore Armed Force's Exercise Wallaby 2015 started with Singapore Airlines brand new Airbus A330-300 9V-SSI touching down direct from Singapore's Changi Airport as SIA8931. 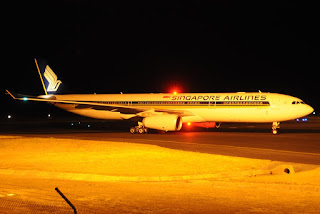 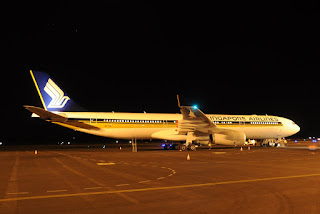 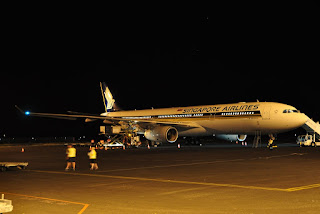 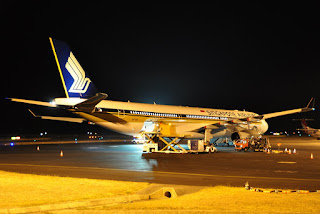 After unloading what looked to be a full load of passengers and cargo, 9V-SSI made a spectacular departure back to Changi as SIA8932. 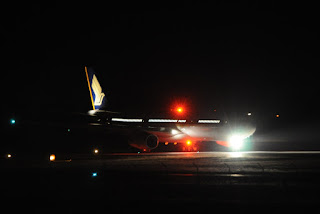 A short while later, Air New Zealand Boeing B767-300 made its second visit to Rockhampton Airport in as many months, also calling in directly from Changi Airport but as ANZ1942.  ZK-NCI had earlier positioned to Changi directly from Auckland as ANZ6003. 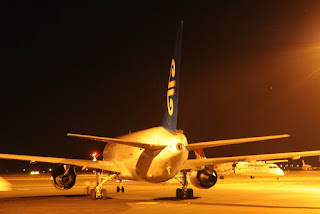 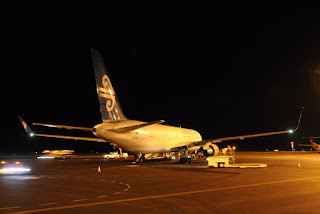 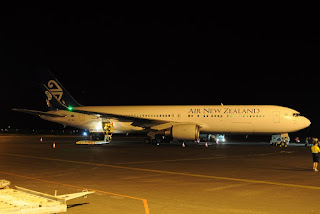 ZK-NCI also unloaded a load of passengers and cargo and was later heard departing direct home to Auckland as ANZ6004. 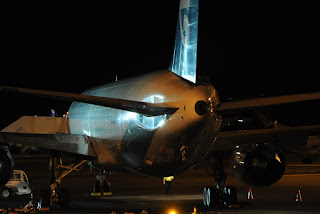 Two more heavy jet charter flights are expected to touch down at Rockhampton Airport late on Sunday 18 October with one final charter flight to wrap up the second 'wave' on Monday 19 October.